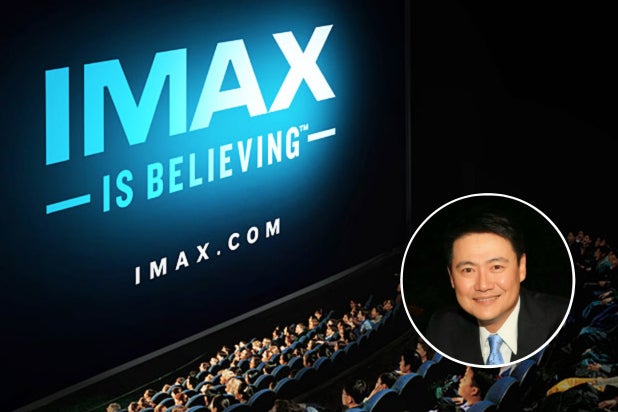 Imax’s Chinese subsidiary, Imax China, has tapped Edwin Tan to be its CEO effective on Dec. 9, it announced on Tuesday.

Tan, who most recently served as CEO for the China operations for global event and exhibition company Messe Muenchen, brings decades of experience across entertainment, exhibition and event services industries. Tan will report directly to the Imax China board of directors.

“Across Chinese exhibitors, filmmakers and consumers, demand for The Imax Experience has never been stronger and our footprint in China is larger and more diverse than ever,” Imax CEO Richard Gelfond said in a statement. “Edwin’s proven track record in entertainment, events and scaling complex businesses on the world stage will be key as we build on the strong performance of Imax China.”

Jiande Chen, who previously served as Imax China’s CEO since 2011, will step into the new role of vice-chairman of Imax China. Imax said that Chen will continue to provide strategic guidance for the company, with a focus on government and industry relations.

“We are incredibly grateful for Jiande’s efforts in helping grow Imax into a leading, premium entertainment destination in China,” Gelfond said. “I can unequivocally say that Imax China would not be where we are today without Jiande’s longstanding efforts.”

Tan joins Imax China during a significant period of growth for the company, including record-breaking box office performance and an expanding network that already comprises more than 660 commercial theaters in China. Through the recent National Day holiday period ending October 7, Imax said box office receipts in mainland China were up 30% year-to-date.

Imax also recently crossed more than $108 million of box office in 2019 generated by Chinese local language films — a new record for the company.

“I am excited to lead the incredible IMAX China team and help capitalize on the Company’s significant new opportunities for future growth in the market,” Tan said in a statement. “From Hollywood to Chinese language films, IMAX is increasingly the place to go for a truly powerful, immersive experiences.”

Tan served as CEO of Messe Muenchen since 2017. Prior to that, he was president at Wanda Studios where he helped develop the model for its movie and content business in its early stages. Previously, Tan held several leadership roles at the exhibition company Reed Exhibitions, including COO of Reed China where he helped develop the overall businesses and manage its transformation into a digital company. Before Reed, he led the successful global expansion of manufacturer SNP Corporation.

Tan has been based in China since 2009. He received his MBA from The University of Hull and his Bachelor of Economics from Murdoch University.