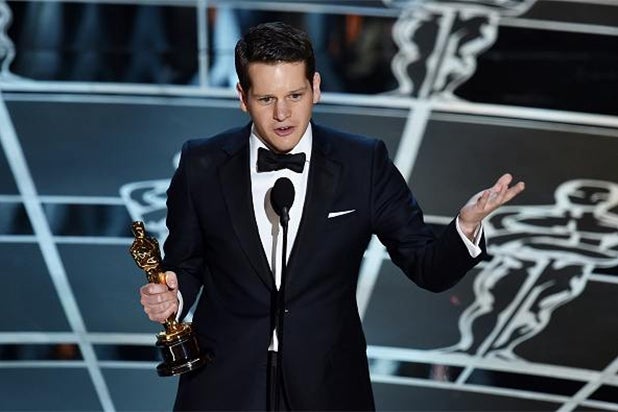 Oscar-winning writer Graham Moore will soon make his directorial debut as his sci-fi thriller, “Naked Is The Best Disguise,” has been picked up by Studio 8, reps for the filmmaker told TheWrap.

Moore, who won his Oscar in 2015 for the Alan Turing biopic “The Imitation Game,” also wrote the script for this thriller about a near future where technology has allowed memories to be transferred between minds. The main character is a woman who illegally trades memories and is accused of murdering a man she doesn’t believe she even knows. Casting for the lead role will start immediately, as the studio hopes to start production later this year.

Also Read: 25 Stars Who Need Only an Oscar to EGOT, From Cynthia Nixon to James Earl Jones (Photos)

Scoop Wasserstein, who developed the story with Moore, will produce through his Scoop Productions banner. This is part of a slew of new projects for Jeff Rabinov’s Studio 8, having only financed one previous film, “Billy Lynn’s Long Halftime Walk.” The studio will release the prehistoric adventure film “Alpha” and the crime drama “White Boy Rick” later this year through Sony Pictures.