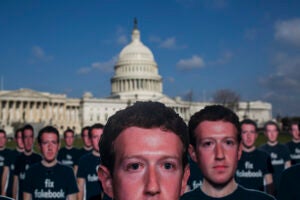 ”We search far and wide to find the most talented and qualified people for our organization,“ one executive tells TheWrap

Impact Creative Systems, the content accelerator founded by Brian Grazer and Ron Howard, has made several new hires that have helped make the company a majority BIPOC (Black, Indigenous and people of color) business, TheWrap has learned on Tuesday.

The new hires come less than a month after the company closed its Series A round of funding with Benchmark. They also demonstrate the company’s “commitment to internal inclusivity,” Impact said in a statement, “while working towards the company’s mission of democratizing access to the entertainment industry through new technology that optimizes connectivity and workflow.”

The company has also promoted several employees of late, including Dara Ellacin, the first executive hired by Impact when it launched two years ago; she has been elevated to VP of Operations. Daniel Unger, who is currently wrapping up Impact Australia, the company’s first international accelerator, has been named Director of Content. Gretchen Lynch has been elevated to Content and Marketing Coordinator and will work under Unger and Ellacin, while Chris Han has been bumped up to technology director.

“Dara, Daniel, Gretchen and Chris have been with Impact from day one, and I’m very excited to continue building the company with them along with the incredible new members to our tech team,” CEO Tyler Mitchell said. “We’re committed to growing Impact and building new technologies that will benefit the entertainment ecosystem at large.”

Impact’s emphasis on diversity has been hand-in-hand with its focus on expansion, company executives said. In a nutshell, Impact — which was formerly known as Imagine Impact before recently spinning off from Imagine Entertainment — “discovers, cultivates and empowers” storytellers via its modern curation and development system. The firm has a network of 30,000 writers around the world who have worked on more than 70 projects over the last few years. Impact’s partners span entertainment heavyweights like Netflix, Sony, Legendary and Amblin, among others.

“Impact is a mission-driven company with inclusivity as one of our pillars,” Behrad Javed, Impact’s head of operations and product, said. “Instead of working towards diversity as a goal, we work to remove bias from our practices. We search far and wide to find the most talented and qualified people for our organization, which has organically led to our company being 64% BIPOC.”