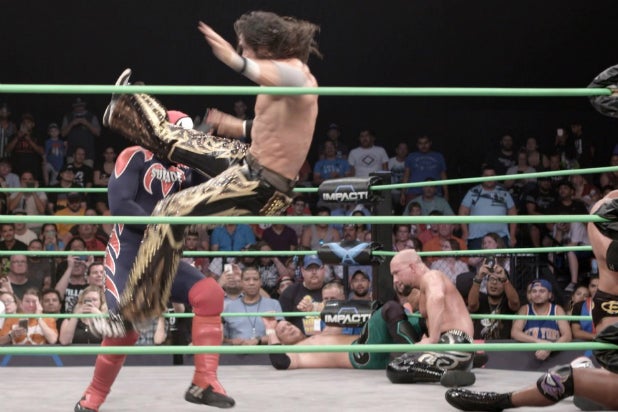 Starting May 1, Impact Plus is available on all major over-the-top (OTT) platforms and devices, including iOS, Android, Apple TV, Roku and Amazon Fire TV. The annual subscription costs slightly less than the per-month fee, with the yearly total being $71.99.

The first live Impact Plus special – “Code Red” – streams May 5 in partnership with House of Glory. The special will include matches between Johnny Impact and Taya Valkyrie vs. Eddie Edwards and Alisha Edwards, Michael Elgin vs. Willie Mack, and Moose vs. Ken Broadway among others. The wrestling organization’s four major annual pay-per-view events, including Slammiversary and Bound For Glory, will also be available to purchase on the service. Users will receive three months of free access to the service with every pay-per-view purchase.

Founded in 2002 in Tennessee, Impact Wrestling is a Toronto-based company formerly known as TNA Impact Wrestling. The company dropped the TNA soon after Anthem Sports & Entertainment acquired a majority interest in the company in 2017.