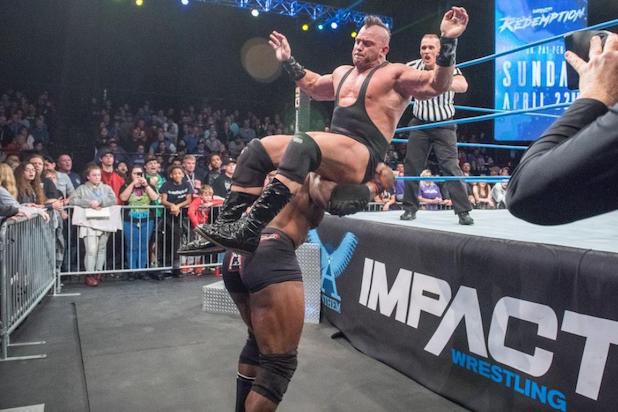 Pro-wrestling fans finally got their answer on where Impact will exist in 2019: The WWE competitor is leaving Pop TV for outdoor network Pursuit Channel.

Pursuit is “the most widely distributed outdoor network and one of the fastest growing channels in the country,” per Impact’s Friday announcement to media. Terms of the deal were not disclosed, but Impact-owner Anthem Sports & Entertainment Corp. has been a “significant minority owner of Pursuit for years,” an Anthem spokeswoman tells TheWrap.

“Pursuit Channel is a natural fit for ‘Impact!'” said Ed Nordholm, president of Impact Wrestling. “It has a passionate viewership base that correlates strongly with our core audience, and is one of the few broadcast destinations that is expanding its footprint, enjoying a 15 percent increase in broadcast distribution this year alone. With Impact Wrestling coming off a tremendous year of audience growth globally and positive fan engagement, we look forward to leveraging our respective resources to bring fans more of the wrestling content they want to see: tougher, edgier action.”

“Pursuit Channel is pleased to welcome Impact Wrestling into our Friday night lineup of popular shows,” said Rusty Faulk, CEO and founder of Pursuit Channel. “Impact Wrestling programming is perfect for our audience, which enjoys adventurous content to feed their wild side. We look forward to a long partnership and providing our fans with new and exciting world-class content while expanding Impact Wrestling’s audience to a new base.”