FX has finally released the trailer for Ryan Murphy’s “Impeachment: American Crime Story,” which stars Clive Owen as President Bill Clinton — who swears he “did not have sexual relations” with Monica Lewinsky (played by Beanie Feldstein).

In addition to Feldstein as Lewinsky and Owen as President Clinton, “Impeachment: American Crime Story” stars Sarah Paulson as Linda Tripp, Edie Falco as Hillary Clinton, Annaleigh Ashford as Paula Jones, Billy Eichner as Matt Drudge and Cobie Smulders (who recently replaced Betty Gilpin) as Ann Coulter. Each of those actors make an in-character appearance in the trailer above. 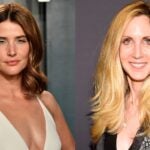 In the preview for “Impeachment: Crime Story,” Paulson’s Tripp strikes up a friendship with Feldstein’s Lewinsky and gets intimate details about the intern’s inappropriate relationship with the then-POTUS. She records the conversations they have over the phone and decides to use them to her advantage.

All of this culminates in the infamous televised line delivered by President Clinton in January 1998, when he publicly denied having an affair with Lewinsky, which is the closing moment of the trailer: “I did not have sexual relations with that woman.”

“Impeachment” is the third installment in Murphy’s “American Crime Story” franchise, followed by the first season, “The People vs. O.J. Simpson,” and the second, “The Assassination of Gianni Versace.”