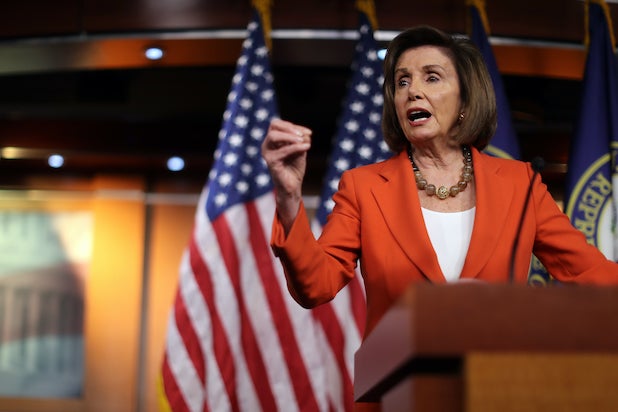 The House of Representatives has voted 232-196 in favor of a resolution that outlines the next public-facing portion of the impeachment inquiry into President Donald Trump.

Though this vote is not required for the House to continue with its impeachment inquiry, the move is a historic one, given that it is the House’s first formal vote on the proceedings. With the passed resolution, Rep. Adam Schiff, the chair of the House Intelligence Committee, will be leading the public-facing proceedings. His committee is tasked with leading public hearings and writing the report that the House Judiciary Committee will use to draft the articles of impeachment.

During the public hearings, Schiff and Rep. Devin Nunes, the House Intelligence Committee’s ranking member, will be able to question witnesses for a maximum of 90 minutes and can designate other staff members to do the questioning. As Vox explained, this “would allow witnesses to be questioned for lengthier periods by skilled attorneys (rather than bloviating politicians).”

The resolution also allows Trump’s lawyers to be present in the hearings. House Republicans will be able to subpoena witnesses and key documents as well, but they would need the support of the majority, which is controlled by Democrats.

Earlier this month, the White House declared that it was refusing to cooperate with the inquiry because, in part, the House hadn’t conducted a formal authorization vote on impeachment. But with this new resolution, and the rules already outlined in the constitution, the House has a clear path forward as it continues the impeachment proceedings.

The resolution can be read in full here.