A ripple effect from the terror attacks in Paris on Sunday should send a chill through anyone concerned with the rise of extremism: The far-right wing National Front party won sweeping gains in regional elections in France, surprising even themselves by the margin of their success.

The party founded by avowed anti-immigrant, ultra-nationalist Jean-Marie Le Pen — the man who famously called the Nazi gas chambers “a detail” of history — has grown and taken root as a family affair. 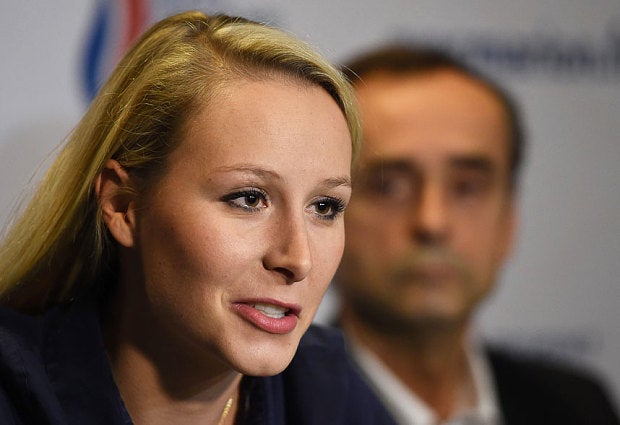 The French establishment — including the media and the two traditional parties, the Socialists and Republicans — is visibly shocked. As my former colleague Hugh Schofield wrote for the BBC: “It is an astonishing performance for a party that until very recently was regarded as being beyond the pale.”

What is the National Front? Nothing good. The party flirts openly with racism, advocates pushing immigrants from France — now accounting for nearly 6 percent of the population, mainly from former French colonies and territories — and looks backward to a stereotypical, glorious French past.

The National Front has capitalized on decades-old discontent in France, using immigration as a catch-all issue for many complex and deep-seated ills in a society struggling to adapt to a fast-changing world. Unemployment and an economy weighed down by regulation and entrenched labor unions has also driven support for the party.

On top of this comes the terror attacks and the threat of ISIS.

We here in the United States need to pay attention. While we are preoccupied with the implications of the San Bernardino attack last week, this election is a bellwether for what is happening on the ground in Europe among our democratic allies.

These results will be followed by a run-off election next Sunday. As Schofeld wrote, “In at least two regions — the north and on the Cote d’Azur – it is an almost certainty that the Front National will take control. In a third — Alsace — its chances are very strong. Others are not beyond reach.”

France may seem far away from the United States. I assure you, it is not.

And as one of the two major powers on the continent, the message sent by the French regional elections will almost certainly encourage extremists in other European countries in a time of rising uncertainty.