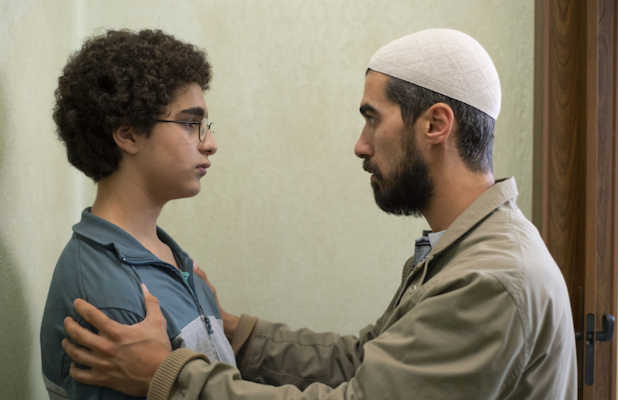 In “Young Ahmed,” a pubescent Ahmed is enamored with hardline Islam. He diligently prays five times a day. He criticizes his mother for drinking wine, his sister for showing cleavage, his female teacher for promoting Arabic in song.

But when Ahmed steps over the line toward violence, he finds himself in a youth detention center, nursing an extremist philosophy while being coached back toward Western society.

Going where a documentary cannot, directors Jean-Pierre and Luc Dardenne, the Belgian brothers who are Cannes Film Festival favorites, explore the heart-wrenching allure of politicized Islam to some young Muslims in Europe. The film screened in the main competition on Monday.

What draws these young (mostly) men to a philosophy of an exclusionary and violent Islam? The sweet-faced and smooth-cheeked Ahmed (Idir Ben Addi), betrays little emotion. But his father is gone, his cousin has become a martyr to jihad and his devotion to his imam suggests a desire to believe deeply in something. The fact that religious teachers dole out their own versions of what is and isn’t allowed doesn’t help a young man at a formative phase of life choose a moral path.

Amid kind teachers and tolerant counselors, a desperate mother seems to make no difference. Ahmed makes a show of changing his ways while nursing a desire to prove his allegiance to his version of Islam. It’s clear that Ahmed is emotionally isolated, with nowhere to turn with his confused thoughts and emotions. When a young girl on the farm he goes to for work therapy shows romantic interest, Ahmed is pushed to his very edge.

It would be hard to find a more relevant contemporary subject, and the Dardennes take a circumspect view that avoids judgments. Their regard of Ahmed, and of those trying to draw him back from a self-destructive path, is deeply humanist.

The film has the spare mise en scene and naturalistic performances that mark the Dardenne’s best work. They have often been in competition in Cannes, and have won the Palme d’Or twice with “The Child” and “Rosetta,” along with a Jury Prize for “The Kid With a Bike.”

Sadly, American audiences have little access to the subtle, moving work of the Dardennes, but “Young Ahmed” is worth seeking out.