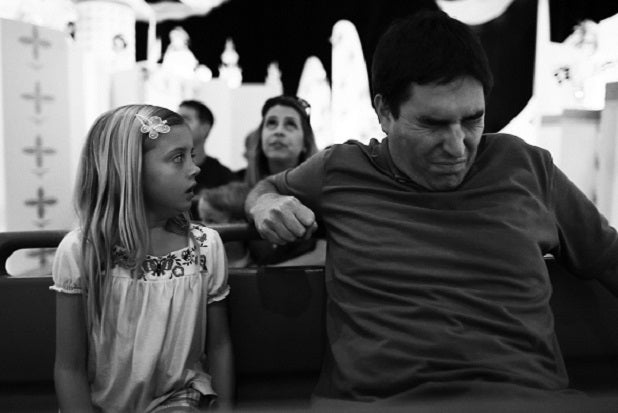 Writer-director Randy Moore’s “Escape From Tomorrow,” a fantasy horror film shot guerrilla-style at Walt Disney World Resort without permission, underwhelmed in its debut at the specialty box office this weekend.

The Producers Distribution Agency release, day and date with its video-on-demand debut, took in $66,112 from 30 theaters for a $2,204 per-screen average.

The black-and-white and unrated “Escape From Tomorrow,” which premiered in January at the Sundance Film Festival, follows an unemployed father (Roy Abramsohn) whose sanity is challenged by a chance encounter with two underage girls and a series of disturbing visions. The latter are mainly based on the park’s audio-animatronic figures, fairy princesses and thrill rides.

It was one of several so-so debuts on a generally lackluster weekend at the specialty box office, which could be suffering with two smart and mature-skewing films – “Gravity” and “Captain Phillips” – dominating the multiplex landscape.

Another Sundance selection, “The Inevitable Defeat of Mister and Pete,” debuted with $260,000 from 147 theaters, giving the drama from  Lionsgate’s Codeblack a $1,769 per-screen average.

“Romeo & Juliet was the first film released by Relativity via its “rent-a-system” program, which gives indie filmmakers access to its distribution platform for a fee while they handle the marketing themselves. “Romeo & Juliet” is a Swarovski Entertainment,  Blue Lake Media Fund presentation of an Amber Entertainment Production, in association with Indiana Production Company and Echo Lake Entertainment.

Meanwhile, Roadside Attractions expanded its romantic comedy “Enough Said” by 169 locations to 606 theaters and it brought in $1.9 million – a $3,100 per-screen average — to raise its domestic total to $8.1 million after four weeks.

The film was written and directed by Nicole Holofcener and stars Julia Louis-Dreyfus and the late James Gandolfini.

Roadside said Sunday that it plans to add another 100 or so theaters next weekend.