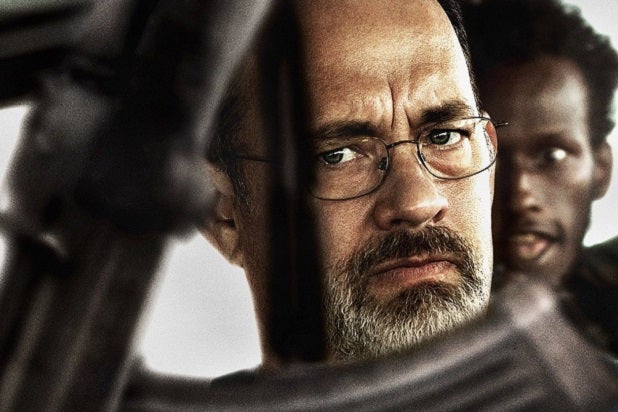 Tom Hanks got his box-office groove back this weekend, scoring a strong $26 million opening with the fact-based piracy thriller “Captain Phillips.”

The two-time Best Actor Oscar winner’s 42 films have brought in more than $8 billion at the global box office since he debuted in 1984 with “Splash,” but he’s been on a recent dry spell and “Captain Phillips” should be his biggest live-action hit since 2009’s “Angels and Demons.”

Hanks voiced Woody in the 2010 Disney blockbuster “Toy Story 3,” but misfired with box-office disappointments “Cloud Atlas,” “Extremely Loud and Close” and “Larry Crowne” over the past few years.”

He was the main reason that the Oscar hopeful “Captain Phillips,” the tale of a U.S. sea captain whose ship is overrun by Somali pirates, turned in such a strong debut at the box office this weekend, according to Sony’s distribution chief Rory Bruer.

Also read: ‘SNL': Bruce Willis Busts a Move and Spoofs All Over Himself (Video)

“It’s people talking about a performance by Tom Hanks that you don’t want to miss,” he said Sunday. “The movie really is emotional and incredible story telling, and this reminds people of what an incredible actor he is.”

The “Captain Phillips” role – an everyman under siege — was right in his wheelhouse, and that mattered at the box office, according to Exhibitor Relations vice-president and senior analysts Jeff Bock.

His biggest live-action hit was “The DaVinci Code,” which rolled up $758 million in 2006, and the three “Toy Story” movies have taken in $1.9 billion.

Bock said the actor’s likability and the credibility he’s developed with fans make a difference, too

“When is this guy going to run for public office? I’m pretty sure at this point he could be elected president” he said.