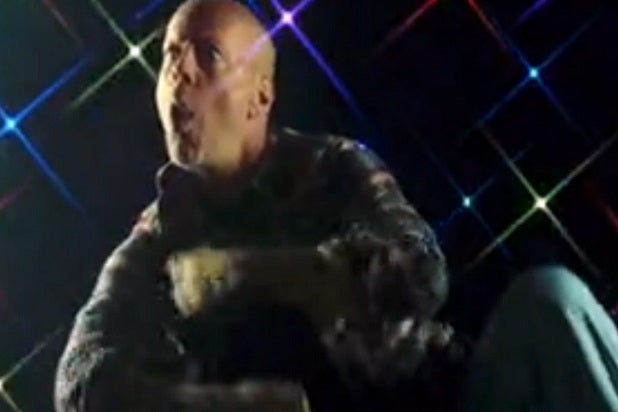 Bruce Willis hosted “Saturday Night Live” this week, showing off his dance moves and proving that he has a sense of humor about his career as an action-movie star.

Willis cut a rug in a very manly way in a skit titled “Boy Dance Party,” which celebrated the joys of men busting a move with each other while the ladies are away.

Also read: Taran Killam on Twerking With Miley Cyrus in ‘SNL’ Shutdown Sketch: ‘I Was With the Master, Right?’

Who knew that the “Die Hard” star was so light on his feet? Perhaps he was inspired by the critical mass of twinkle-toed testosterone in the room.

Elsewhere on the episode,– which had Katy Perry as musical guest — Willis lampooned the action films that have served him so well at the box office, playing a military agent who lays out every cliche in the genre to hilarious effect during a pre-mission briefing.

Watch Willis work the dance floor at a bro-down and make light of his tough-guy rep in the video.