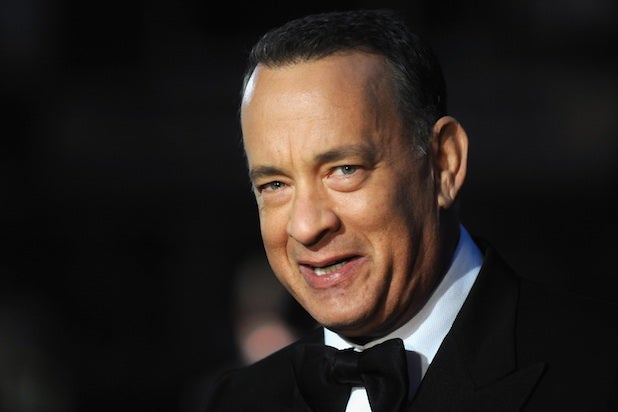 Tom Hanks is feeling put off by the media frenzy over his recent announcement that he has Type 2 diabetes.

“I’m sure there’s going to be some media scandal now, saying I got it because I gained and lost weight for movie parts or something,” he told UK newspaper, The Guardian. “But, I doubt that.”

The actor revealed the diagnosis on the “Late Show With David Letterman” on Monday. He later said during a press conference on Wednesday that “gaining and losing of weight may have had something to do with this.”

Now, the actor is showing some regret over making the statements. “Well, there you go,” he said of the recent reports pointing to his weight fluctuations for his career.

He had, for example, gained weight for 1992’s “A League of Their Own” and lost weight for 2000 film, “Cast Away,” which earned him an Oscar nomination.

“But it’s just the way I’ve been living since I was 13,” he argued. “I feel a little embarrassed that everyone’s asking about it now – I thought I was just saying the truth!”

Hanks is currently promoting his film, “Captain Phillips,” which opened on Friday. He plays the title role in the movie about the 2009 hijacking by Somali pirates of the US-flagged MV Maersk Alabama, the first American cargo ship to be hijacked in two hundred years.

With the diagnosis, Hanks joined a long list of stars with diabetes, including Halle Berry, Paula Deen, Larry King and Nick Jonas.