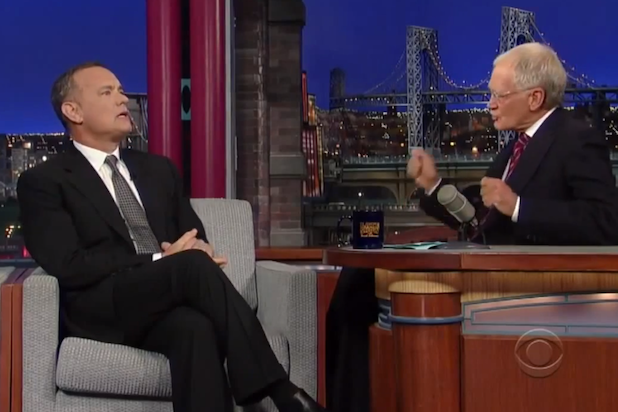 Cancel that holiday fruitcake to the Tom Hanks household this year — during a promotional stop for “Captain Phillips,” the actor revealed that he has type 2 diabetes.

Hanks stopped by the “Late Show” on Monday, where David Letterman pointed out that he looked “wonderful.”

Hanks said he was “maintaining the temple” out of necessity. A recent visit to his doctor revealed that the high blood sugar he’d struggled with for two decades had turned into type 2 diabetes.

Hanks hastened to point out that his condition is “controllable” — even curable, though Hanks doubts that’s possible.

Hanks claimed he weighed all of 96 pounds in high school, and “most of that was that big white afro I wore.”

Letterman said he, too, has struggled with high blood sugar and had to go on a special diet.