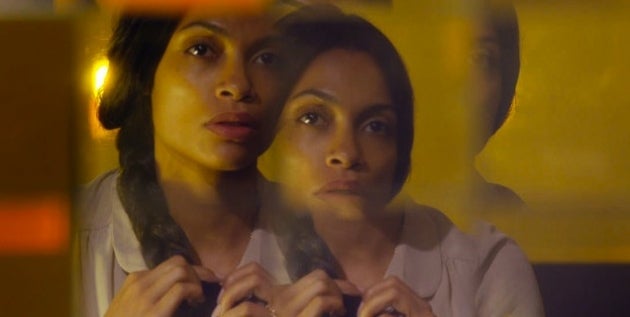 Danny Boyle‘s kinky crime thriller “Trance” led a very strong weekend at the specialty box office. It took in $136,103 from four screens in its debut for Fox Searchlight, an average $34,026 per screen.

Meanwhile, Shane Carruth’s “Upstream Color,” the writer-director’s follow up to “Primer,” brought in $31,500 in its debut at New York’s IFC Center. Robert Redford‘s “The Company You Keep” opened with $146,058 from five theaters, a strong $29,212 per screen average for Fox Searchlight. And "Place Beyond the Pines" played strongly in its second-week expansion for Focus Features.

The R-rated “Trance” is a violent, sexually explicit and mind-bending thriller about an art dealer (James McAvoy), a thief (Vincent Cassell) and a hypnotist (Rosario Dawson) who tries to retrieve McAvoy’s memories.

“We are happy with the strong performance,” said Fox Searchlight senior vice-president Frank Rodriguez, “particularly on Saturday night where the film went up 63 percent over Friday night’s results. “We look forward to next week when we release the film nationally and will add approximately 375 to 400 theaters.

It was easy to see the big debut coming for "Upstream Color," which Carruth is distributing via his own ERBP outfit. It registered over $13,000 in pre-sales, the highest pre-opening box office for any film opening on just one screen at the IFC Center.

"Upstream Color" will open in several major markets next weekend, including Los Angeles, San Francisco, Chicago, Seattle, Boston and Toronto. After that, the plan is to add another 15 markets on April 19 before expanding nationwide.

Redford not only directs the R-rated thriller "The Company You Keep," but stars along with Shia LaBeouf, Susan Sarandon and Anna Kendrick. It's the tale of a former Weather Underground activist who goes on the run from a journalist who has discovered his identity.

Derek Cianfrance's "The Place Beyond The Pines" was in 30 theaters after debuting in four last week. it took $695,041, for a very strong $23,168 per-screen average. Ryan Gosling and Bradley Cooper star in the tale of motorcycle stunt rider who turns to bank-robbing.

Samuel Goldwyn Film’s "Renoir" added 11 theaters and the French drama took in $103,000 from 20 screens, a per-screen average of $5,150. Gilles Bourdos' film tells the story of celebrated impressionist painter Pierre-Auguste Renoir, in declining health at age 74, and his middle son Jean, who returns home to convalesce after being wounded in World War I.