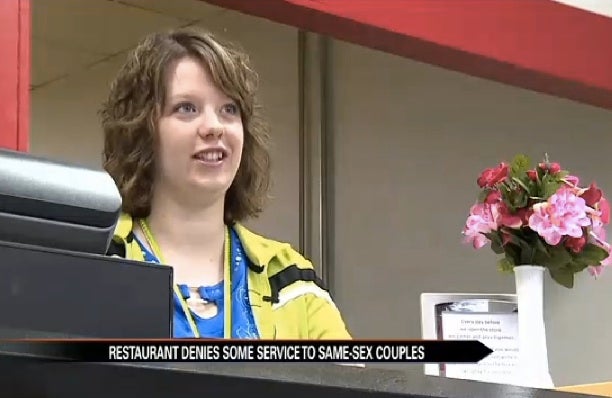 A local Indiana ABC station spoke to a pizzeria Tuesday night who will not serve to same-sex marriages after the Indiana law was passed.

“If a gay couple came in and wanted us to provide pizzas for their wedding, we would have to say no,” Memories Pizza owner Crystal O’Connor told ABC 57. “We are a Christian establishment.”

O’Connor said the business is not discriminating against anybody, but she and her family has her beliefs and other people are entitled to their own.

“We definitely agree with the bill,” she added, saying she doesn’t think the bill targets gays or discriminates but instead protects businesses like hers who have a religious belief.

The business said if a gay couple stepped into their business, they wouldn’t deny them service—they just wouldn’t cater their wedding.

The company’s Yelp Page—which has a one-star rating—is being besieged with critical comments: “I look forward to the day when Memories Pizza is just that- a DISTANT LONELY MEMORY,” one reviewer wrote.