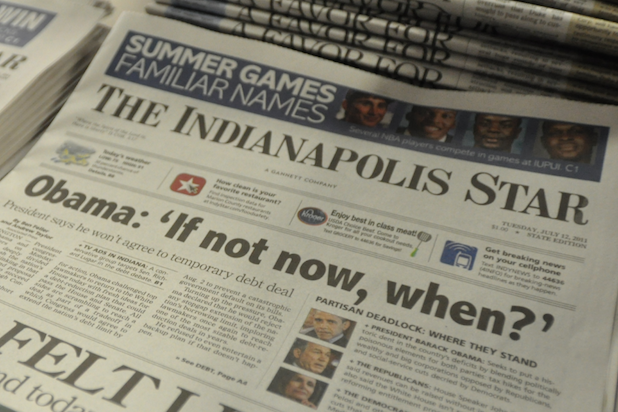 The sketch, which specifically lampooned the numerous preconditions Ford requested from the Senate Judiciary Committee, was first published in the print edition of the Star on Sunday.

“Our readers deserved better in this case,” the paper’s executive editor, Ronnie Ramos, said in an editorial published in the paper Monday.

Also Read: 'Morning Joe' Slams Kavanaugh Coverage: 'This Has Not Been the Media's Finest Hour'

The Star “has a responsibility to promote a civil discourse and to present diverse viewpoints in a way that does not demean or appear to belittle anyone who says they are the victim of a sexual assault,” he continued. “The cartoon did not meet our high standards.”

The drawing by the paper’s staff cartoonist, Gary Varvel, showed Ford sitting before a bench of senators from both parties while her various exaggerated demanded were presented in air bubbles above her.

“Here are my demands,” it reads. “No questions from lawyers, dim the lights, I want roses, sparkling water, a bowl of green M&Ms.”

This is a disgrace. I’ve come to expect the worst from Gary Varvel, but never making light of sexual assault. @indystar should have never printed this and should condemn it now. This discredits and disrespects the great journalists that work there, let alone victims of assault pic.twitter.com/46MIcLVXfT

“My cartoon was focused only on Ford’s demands, not on whether she was telling the truth,” Varvel said in the same piece “This is a point I should have made clearer in my cartoon. As a husband and father of a daughter and granddaughters, I take sexual harassment very seriously.”

After a series of high-stakes negotiations, Ford’s legal and the Senate Judiciary Committee agreed that she would offer sworn testimony on Thursday. It remains to be seen whether the committee opens up an FBI investigation into Ford’s claims and whether she will face questions from senators or a special attorney appointed to the task.

Kavanaugh has categorically denied any and all allegations against him and sat for an unprecedented interview with Fox News anchor Martha MacCallum on Monday evening.