Rod Lurie wrote and directed the widely praised Academy Award- and Golden Globe-nominated political thriller "The Contender," starring Joan Allen and Jeff Bridges, and more recently "Nothing But the Truth," starring Kate Beckinsale, Matt Dillon and Alan Alda. He was also the creator and executive producer of ABC’s acclaimed series "Commander in Chief," starring Geena Davis. Before he segued to filmmaking, Lurie was a film critic and entertainment reporter, with pieces in Premiere, Movieline and Entertainment Weekly, among others.

Abraham Lincoln once said that the way to a judge a person’s character is to see what they do with power once they have it.

Right now there seems to be a new kind of insidious power in journalism: the independent reporter/blogger. In many cases, these are people who purport to run news items, “scoops,” as they call them, in a shoot-first-and-do-the-interview-later kind of way. 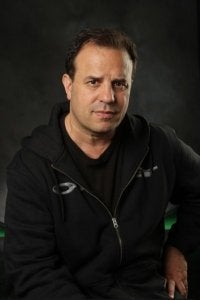 In most cases, these reporters have no editors or lawyers to vet a story — either as a fact-checking measure or to determine whether there is exposure to a libel lawsuit. These items are often the product of the journalist’s agendas — sometimes large and sometimes petty.

In their items they wing around accusations and rumors as if they were fact (even if they “protect their integrity” by acknowledging up front that this is something they “hear”). Very often, they have agendas or scores to settle. They can be destructive and dangerous — not just to the people whom they write about but to the state and art of journalism itself.

This all really struck me the other day when a friend alerted me to the fact that Nikki Finke — who is one of the most-read bloggers in our entertainment community — had taken a shot at me in her column.

“Endeavor just signed its 3rd WMA client this month — director Rod Lurie. I can’t fathom why any agency would be interested in this nasty piece of work who keeps hopscotching reps.”

Okay, the “nasty” part is her opinion and God bless. However, before the day this was posted, I think I had spoken to Ms. Finke once in my life on the phone. It was a short and cordial conversation as I recall.

What is patently false is that I have “hopscotched” representatives. The insinuation is obvious — my new agents should be warned because I am not loyal to agencies.

Here is the truth: Before I moved to Endeavor I was with the William Morris for almost seven years. Prior to that, starting in 1995, I was with the very cool David Saunders at APA. In fact, I was so appreciative to David for his service to me that for a period of almost three years, APA and William Morris split my commissions and represented me jointly. This is almost unheard of in the business.

So that’s it. Two agencies over the course of over 14 years. Ms. Finke is not going to be able to dispute that. She never bothered to contact me to check her facts (However, she did complain in a recent blog that when Variety was doing a story about her they did not bother to interview her.)

This is, of course, is not end-of-the-world stuff. Who gives two damns who has represented me over the years? However, what this does point to is the fast and loose reporting that Ms. Finke does on her blog. Her commentary and stories are often rife with bitterness, anger and self-righteous indignation, and although she certainly does break several news items, neither of her stories about me have been accurate.

What’s the other one? That was worse.

In 2005, I created a television series called “Commander in Chief.” For reasons too long and boring to go into in this column, I was fired from that show. A few days later, there was a headline in the Drudge Report reporting that my leaving was connected to a “rough sex” scene I wanted to film between the President’s daughter and a Secret Service agent.

According to Drudge, this information was going to be reported in Ms. Finke’s column a couple of days from then.

My attorney contacted her to warn her that the facts of her story were off. The report back from my attorney was that Ms. Finke screamed at him in what I understand is her typical fashion and told him that nobody would “tell her what to do.” We sent a letter putting her on notice that the facts of her story were incorrect, this despite her assertion she had impeccable sources.

Ms. Finke never posted her story because, I assume, she realized that her impeccable source was very peccable indeed.

Nevertheless, the item had already managed to make it onto the Drudge Report, which was getting vastly more hits than her site was (and is, I assume). The damage was done. This “rough sex” urban legend began making its way around town, around the country and around the world — which is from where I was getting phone calls and emails on the subject. My young children were getting questions about it at school, if you can believe that.

Ms. Finke is emblematic of a true danger that now exists in journalism: the unchecked reporter.

Ms. Finke seems to write what she wants when she wants and, at least in the cases related to my stories, didn’t do the most rudimentary homework — calling the person you are reporting on. I assure you that if she was writing for a legitimate print publication, a fact checker or lawyer would have demanded that she defend the pejorative and defaming notion of “hopscotching agencies.” They would have wanted to have seen evidence of the “rough sex” scene.

By the way, she wrote in her column that firings were on the way at ABC and that they would happen the week following her post. She even said that ABC chief Stephen McPherson was leaving town so as not be around for the event. Neither thing happened.

I was a journalist for many years. When I lived on the east coast I worked for the New York Daily News and freelanced a bit for the New York Times. When I moved to the west coast with my new wife I became an investigative reporter for Los Angeles Magazine and wrote a true crime book. I cannot tell you how strenuous it was to go through the process of getting an investigative article published.

I think there will soon be a revolution in legal Internet journalism. It simply cannot stand that reporters can just willy-nilly report rumors as fact.  When that happens, reputations and careers can be destroyed at the whim of the reporter.

One interesting protection that these journalists have is that their pockets are not so deep that it makes it worth the while of a complainant to sue them.  But something has to and will happen or the entire institution of journalism — which will soon become almost exclusively Internet journalism — will be dead and buried.

There’s one other thing I find especially disturbing about not only Ms. Finke’s blog but also that of many others: that is, the anonymous comments left in reaction to every story. The amount of vitriol and vicious gossip mongering that accompanied the recent article that Ms. Finke wrote about the merger between William Morris and Endeavor is simply out of control.

We have a right to know who these people writing are because they are attacking semi-public/private people with such ferocity that we should know what their agendas are.

Who knows if the posters defaming the agents in their missives were ex-assistants who were fired, people who did not get jobs, and so on.

By the way, I did call Ms. Finke to tell her I was writing about this. She told me that she knew that I’d only been at APA and William Morris (although at the beginning of the conversation she asked me “weren’t you also at CAA?” — which I was not. It would have been nice if she asked me this relevant question before she wrote her piece).

She offered to put these facts into the body of the piece, which she did. This time she said that I had “hopscotched from APA, to WMA, and now to “ETA.” She did not bother to mention that this took place over almost a decade and a half.

In any case, I wish Ms. Finke the best of luck on her column. I just hope from here on in I can believe everything that appears in it … especially now that I have written about her and am on her blacklist.

Editors note: Nikki Finke was invited to respond to this article. She has so far declined.