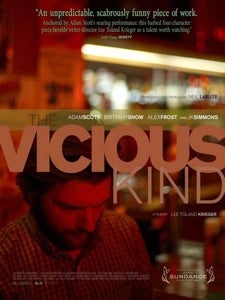 Everyone knows the Golden Globes aren’t taken seriously because they’re awarded by a mere 84 voters — but what about the Independent Spirit Awards?

Celebrating its 25th ceremony this month, the Spirits are voted on by about 4,000 members of Film Independent — who can buy their way in to the group for $95.

But it’s almost impossible for members to see all the nominated films.
Of the 40 up for awards this year, very few have had either theatrical or DVD distribution. And there is no money for screeners like those the major studios distribute to Oscar voters.
“It isn’t a fair competition if the majority of members can’t see a majority of the films,” said one disgruntled voter who contacted theWrap.
This year, the lineup includes such high-profile, widely distributed films as “Precious,” “An Education,” “(500) Days of Summer” and “Crazy Heart.”
But up against them are titles like “The Vicious Kind,” “Zero Bridge,” “Treeless Mountain” and “Fifty Dead Men Walking.”
Indeed, if “Zero Bridge” doesn’t win the John Cassavetes Award for a feature made for less than $500,000, it’s probably because most voters couldn’t see it.
More likely, they never even heard of it. 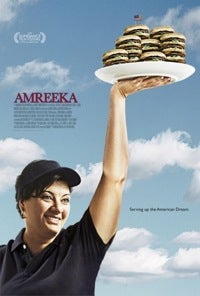 The executive director of Film Independent, Dawn Hudson, says she understands the problem.
“It’s a huge dilemma, and it always has been,” says Hudson. “We nominate films that don’t have distribution, or they have such limited distribution that you have to go to a festival to catch them.
"But if we only nominated films that everybody can see, we wouldn’t be doing our job.”
That raises the question: What is the value of an Indie Spirit award?

Spirit Awards nominations are made by small committees of film professionals and critics and voted on by the members of Film Independent, a non-profit organization that draws almost all of its operating revenue from the Spirit Awards show and telecast. (It’ll air live and uncut on IFC on Friday night, March 5.)

More than half these members, says Hudson, are independent filmmakers. The rest are divided between people who work in the industry and devotees who pay the $95 yearly fee to join, vote and receive a variety of members benefits — from monthly screenings and tutorials to access to discounted filmmaker services.
Film Independent holds one free screening of each nominated film at the Regal Cinemas LA Live Stadium in downtown Los Angeles, and another in New York. In addition, it offers each nominated film the opportunity to send screeners to the membership.
But between piracy concerns and the cost of producing and mailing the screeners, the majority of films do not take advantage of the option.
In 2008, the first year the program was in operation, only two films sent screeners; last year, eight did.
This year, six films mailed screeners: “Amreeka,” “Anvil! The Story of Anvil,” “Easier with Practice,” “The Messenger,” “Precious” and “The Vicious Kind.”
Another 16 are currently available on Netflix, half of them on the “Netflix Instant” free streaming service.
And of the films that didn’t send screeners and aren’t available on DVD, “A Single Man,” “Crazy Heart,” “An Education” and “The Last Station” are currently in theaters.
That leaves about half a dozen films — plus most of the Best Foreign Film category — to which members don’t have easy access unless they live in New York or L.A. (Many of those screenings – including the ones devoted to the smallest films – are reportedly not widely attended.)
“We are using all the resources we have to get those films out there,” says Hudson. “Given all that we’re doing, is it a perfectly level playing field? We wish it were.”
A few years ago, she says, the organization tried to work out a way to stream the nominated films online on a password-protected, members-only website, but the technology wasn’t secure enough. This year, they thought they’d worked out a deal with Netflix to send all the nominees to members, but the size of the company’s operation made that solution too risky.
“Netflix spent tens of thousands of dollars to secure a site where they could make all the movies available to our members — but as Netflix grew, they couldn’t keep it secure,” she says. “It turns out that they send out DVDs from too many different depots for them to be certain that they’d only go to our members.”
Next year, she says, she expects the technology to be in place for secure, members-only streaming.
In the meantime, those 4,000 voters will cast their ballots, and in many cases they won’t have seen all the nominees.
(On the other hand, it’s hardly a dilemma unique to the Spirit Awards: Oscar voter Mickey Rooney recently told The Envelope that “we don’t see pictures anymore, we just watch Turner Classic Movies” — whereupon his wife offered that they would nonetheless be filling out Mickey’s Oscar ballot.)
“We struggle with it every year,” says Hudson. “Our mission is to nominate the best independent films, not all of which are easy to see. And then we want to get the names of those films and their filmmakers out into the world.”
To that end, she says, Film Independent moved its nominations announcement to the first week of December, to give films a full three months to capitalize on the nominations.
“If a nomination results in the distribution of a film, hallelujah,” she says. “If it results in more work for the actors or the filmmakers, great. We’re trying to give these films a leg up, and we do it with all the methods we have — even if it’s not perfect.”
x
Looks like you're enjoying reading