Robert Simonds’ cash-strapped STX film studio, whose rare box office hits include “Hustlers” and the “Bad Moms” franchise, is trying to generate badly needed funds by selling off much of its 46-film library.

According to a regulatory filing on Wednesday, STX’s Mumbai-based parent company Eros STX Global Corp. said it “has entered into an exclusive negotiation period with a third party to monetize the revenue from 46 films in its library.” The company did not identify the prospective partner, and said the studio “will continue to administer and distribute the 46-film catalog for a fee, and will retain derivative rights to the 46 films, including sequels, remakes and prequels.”

The company said the money raised would be used to pay down its debt load — including a $150.1 million credit facility with JPMorgan that matures Oct. 7, as well as an additional $22.7 million in debt due in 2022. 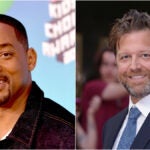 STX did not immediately return a request for comment on Thursday.

STX, founded by producer Robert Simonds seven years ago, scored box office hits with “Hustlers” and the “Bad Moms” films, but also has had its share of box office flops, including “Ugly Dolls,” “Poms” and “The Happytime Murders.” The company’s last release, the Jodie Foster drama “The Mauritanian,” grossed $837,000 domestically this past winter.

But the company’s struggles were exacerbated by the coronavirus shutdown of theaters. In 2020, the company sold the U.S. rights for the Gerard Butler disaster film “Greenland” to HBO Max for $25 million and the action comedy “My Spy” to Amazon Studios for an undisclosed amount.

Last year, STX merged with the publicly traded Mumbai-based company Eros International, which is known for its large library of Bollywood films. 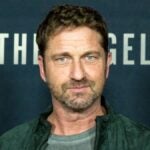