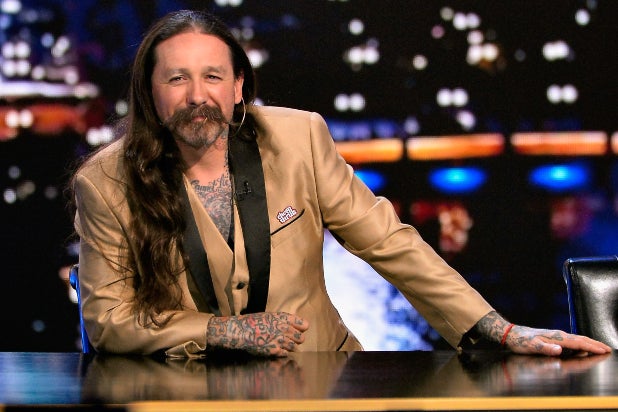 “Ink Master” judge Oliver Peck is leaving the show after 13 seasons, following an old photo that resurfaced on the internet of Peck wearing blackface.

“We, like many others, were appalled when we saw the photos of Oliver,” said Paramount Network, which airs the show, in a statement. “We were glad to see his apology and accept that he is taking full responsibility for the damaging impact of his actions.”

“After filming 13 great seasons of Ink Master, the producers and I have decided it’s best to part ways,” Peck said in a statement Tuesday. “The offensive photos of me which recently surfaced from many years ago can only be a distraction to the amazing show I have loved being a part of and its many talented artists. I want to thank the show’s cast, crew, contestants and awesome fans. It’s been a blast and an honor and I wish my friends and colleagues the very best in whatever the future holds.”

Four days ago, after the photos surfaced of Peck from a Halloween party years ago on TMZ, he apologized on his Instagram account.

“I want to profusely apologize for my completely inappropriate, insensitive, and immature behavior. I look at those photos and it’s hard for me to believe that I could have been so clueless, insensitive and dumb. I hope that I’ve matured a great deal since then and I’m deeply sorry for everyone I’ve offended. I was 100% wrong to depict myself this way and I take full responsibility for my immature, misguided perspective and total lapse of judgement and sensitivity,” he wrote. “I can only hope that those of you that I don’t know, and anyone I have offended, can also find it in your hearts to accept my sincere apology.”

Thank you for taking the time to read this apology. Sincerely Oliver

An individual with knowledge of the production says the latest season of “Ink Master” has already been taped and will air as scheduled, premiering tonight.