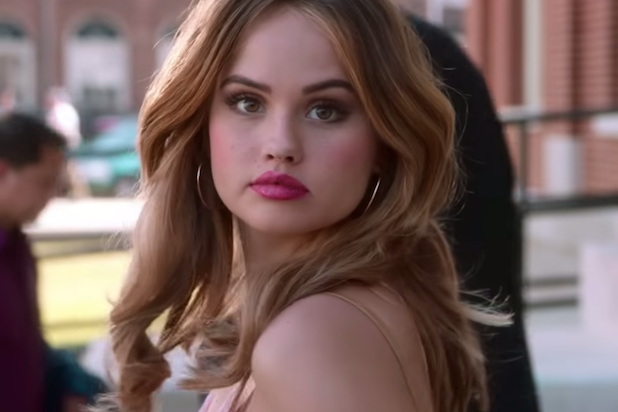 Get ready to binge again, “Insatiable” fans: Netflix has set the premiere date for Season 2 of the Debby Ryan-led revenge comedy for Oct. 11.

“Insatiable” centers around Patty (Ryan), a high schooler who was overweight for years, which caused her to be bullied, ignored and underestimated by the people around her. But she gets thin (thanks to a punch to the face from a homeless man and an all-liquid diet) and then begins to seek revenge against those who ever made her feel bad about herself — and launch her pageant career with the help of coach/lawyer Bob Armstrong (Dallas Roberts).

Here’s the official description for the second season: In season two of “Insatiable” we find Patty dealing with, well, a lot. Her past is haunting her, and her struggle to be “good” is becoming harder and harder each day as she battles her inner demons. And Bob – well – he’s helping her cover up Christian’s murder, but just how far will his loyalties go? Will he continue to allow his romantic relationships, his career ambitions, and his integrity to take a beating, just to help Patty pursue her pageant dreams? And when beauty queens start going missing, who’s to blame? Patty’s rage? Or is there more at play?

“Insatiable” was renewed for Season 2 last September, a month after its first season launched on Netflix. Before it had even premiered, the show received criticism on social media, with some users calling it “toxic” for putting Ryan in a fat suit. A Change.org petition was even started to try to get the series canceled before it debuted.

Both Ryan and co-star Alyssa Milano have defended “Insatiable,” with Ryan saying series creator Lauren Gussis didn’t want to use the fat suit if it tipped towards making fun and Milano noting, “we are addressing (through comedy) the damage that occurs from fat shaming.”