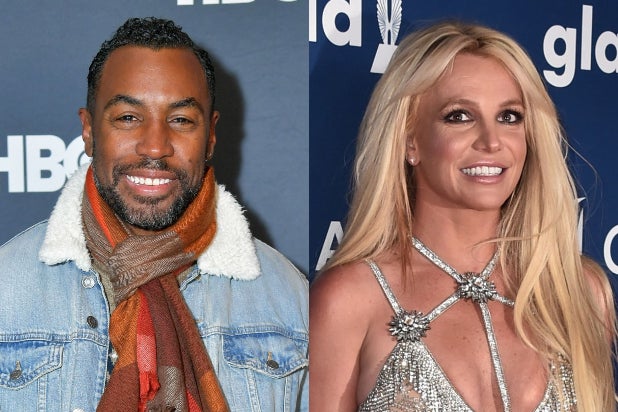 “Insecure” Showrunner Prentice Penny dropped a bombshell on fans Thursday when he revealed that his very own mother was the presiding judge in Britney Spears’ most recent conservatorship court case. Pretty awesome, but also a very surprising coincidence. But weirdly enough, the thing Prentice had the hardest time believing is that anyone cared.

So here’s what happened. Yesterday Britney Spears appeared in court to deal with her father, Jamie’s efforts to retain delegation power over the singer’s investments. However, Judge Brenda Penny rejected that and upheld a previous November ruling that appointed the financial institution Bessmer Trust as a co-conservator for Spears.

So after the ruling was announced, Prentice Penny casually revealed this to his followers:

Turns out she was also on a memorable episode of “Insecure” too.

Also my mom as THE BIG RED HAT LADY on Season 1 of #insecurehbo at the Jesus play. #intersectionality https://t.co/X9jAkMNMLs pic.twitter.com/KuZeityrav

This led to disbelief from a lot of “Insecure” fans, though Prentice Penny assured them he was not just playing with them.

This small sampling represents the general mood in Prentice’s @s. And we can’t blame his followers because this is just a stunning coincidence.

But a day later, Penny revealed he’s more surprised by the reaction.

He’s not wrong. Social media *is* wild. But also, the fact that his mom happens to be the judge in Britney’s latest case is wild too. And of course, pretty cool.