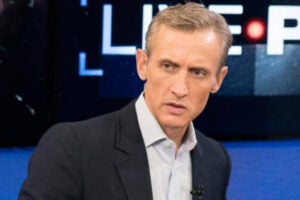 Inside A&E’s ‘Live PD’ Cancellation – and Could the Show Ever Come Back?

A&E’s abrupt Wednesday cancellation of “Live PD” — the network’s top-rated show — came during a “perfect storm,” an individual with knowledge of the situation said, as the explosion of protests following the killing of George Floyd by Minneapolis police officers prompted a culture shift in how the nation views law enforcement in real life and on TV.

Civil rights organizations began targeting reality programs like “Live PD” that showcased the day-to-day actions of law enforcement, reinforcing what the network insider called a “cancel culture” climate that led Paramount Network to give its own long-running series “Cops” the ax earlier this week.

Inflaming the situation were reports this week that “Live PD” had destroyed footage of Texas police officers chasing and then tasing an African-American man who died at the scene under the gaze of the show’s cameras. As pressure grew from organizations like Color of Change, A&E knew advertisers would jump ship, though the show had not actually lost any sponsors up to that point, the insider said, adding that “Live PD” had become the “wrong show at the wrong time.”

Knowing the series likely would no longer be financially viable, the cancellation was a preemptive move on A&E’s part, the person said. It was an immediate and proactive response to a no-win situation.

Civil rights organization Color of Change was among those who pressured A&E to cancel the show. “We sent letters and we work closely with all the executives,” said Rashid Shabazz, chief marketing and storytelling officer at Color of Change. “They were pretty swift in responding.”

Shabazz added that the group had led efforts several years ago to get “Cops” canceled when it was still on Fox, but that it had survived in syndication and by being picked up by Spike TV before it became Paramount Network. “We have been demanding companies to create more honest depictions for so long, and particularly around policing,” Shabazz said. “In speaking with our people over at Viacom to ensure that Cops would be canceled permanently, we were happy to see that took place.”

“Live PD” is not only A&E’s highest-rated series, it is also a big money maker for the network. Two people with knowledge of the cancellation’s financial impact told TheWrap the show is a “multimillion-dollar” franchise that had spawned many offshoots in addition to its twice-weekly broadcasts.

Given its history of ratings success, “Live PD” could return at some point — and co-host and co-executive producer Dan Abrams has a deal to produce another law-related show for the network. But “Live PD” won’t be until — or unless — the culture shifts to allow a reality show highlighting police work, one insider said. A future “Live PD” would also likely look different and be revamped for the times.

An A&E Network insider told TheWrap the cable channel hopes in the future to house another justice show that combines community work and policing.

Besides the shift in public attitudes toward policing, there were other issues confronting “Live PD.” The cancellation came just days after the Austin American-Statesman and KVUE-TV broke the story that show producers had destroyed footage of a March 2019 incident in which sheriff’s deputies in Texas’ Williamson County repeatedly tased 40-year-old Javier Ambler while he begged for his life before he died in police custody.

“Live PD” was technically on hiatus the week Ambler was killed, but producers were still working with local police gathering footage for a future in-show package. Production company Big Fish kept the footage of Ambler’s death for three months before erasing it. The footage never aired, as a matter of policy.

Policies covered other contingencies in a live show following real-life law enforcement. Even if a death occurred on a “live” portion of “Live PD,” the A&E series had up to a 15-minute tape delay to ensure fatalities do not make it to air, a person with knowledge of the policy told TheWrap.

Readers can see the police body-cam footage of Javier Ambler’s in-custody death here. Warning: the video may be disturbing to viewers. In a Thursday blog post, “Live PD” host and producer Dan Abrams explained why producers do not keep archival footage — including the footage capturing Ambler’s death — forever.

“‘Live PD’ had a longstanding policy to only keep footage for a few weeks absent a specific legal request to retain it and all of the departments we followed were aware of that policy,” Abrams wrote. “The reason for this policy was so that we did not become an arm of law enforcement attempting to use ‘Live PD’ videos to prosecute citizens seen on the footage. ‘Live PD’ was there to chronicle law enforcement, not to assist the police as a video repository for prosecuting alleged criminals. In this particular case, the Williamson County Sheriff apparently requested that ‘Live PD’ retain the video pending an investigation. ‘Live PD’ did just that for three months until June, 2019 when the Williamson County Sheriff informed ‘Live PD’ attorneys that their investigation was complete using the body cam footage that they had.”

Travis County District Attorney Margaret Moore, who was interviewed for the Statesman story, said the Williamson County Sheriff’s Office “stonewalled” her investigation by  the release of the footage of Ambler’s death. Her plan is to present the case to a grand jury.

Moore did not respond to a request for comment.

Being asked to retain footage for potential use in pending investigations is a fairly regular occurrence for “Live PD” producers, the two insiders told TheWrap. The second individual said such a request has happened “hundreds” of times over the course of the series’ four-year run.

“Live PD” shoots more than 30,000 hours of footage per year, the same individual said. Since the show debuted in 2016, there have been an estimated “12 to 15” deaths recorded by “Live PD” cameras, the person said. Those deaths included car accidents, heart attacks, suicides and drug overdoses — incidents the police responded to but did not necessarily involve them directly.

One insider was unsure if “Live PD” cameras had ever captured any other deaths, besides Ambler’s, that involved the police in a more active capacity.

Margeaux Sippell and Tim Baysinger contributed to this story.

Rev. Al Sharpton delivered the eulogy for Floyd, who was killed in police custody on Memorial Day

A memorial service was held for George Floyd in Minneapolis Thursday, ten days after a police officer killed him by using his knee to choke him for more than 8 minutes, while other officers standing by mocked his pleas for help.

All four former Minneapolis police officers involved in the fatal arrest have been charged. Derek Chauvin, who knelt on Floyd's neck for nearly nine minutes, faces second-degree murder charges. The three other officers are charged with aiding and abetting second-degree murder.

Thursday's memorial at North Central University is the first of several; services will also be held in North Carolina and Texas.