Fear not: This is a spoiler-free trip inside the “Atlanta: Robbin’ Season” red carpet premiere, not an episode recap.

We last saw Donald Glover’s lead character “Earn” going to bed in a storage locker. When that final image from “Atlanta” season one’s final episode first aired, the 2016 presidential election was still a week away.

Since then: Glover’s “Redbone” became an international anthem. He’s played the Grammys — and played Lando Calrissian in the “Star Wars” universe. Co-star Lakeith Stanfield has been on an Oscar campaign with Jordan Peele’s “Get Out.” Brian Tyree Henry is bound for Broadway in a Kenneth Longergan play. 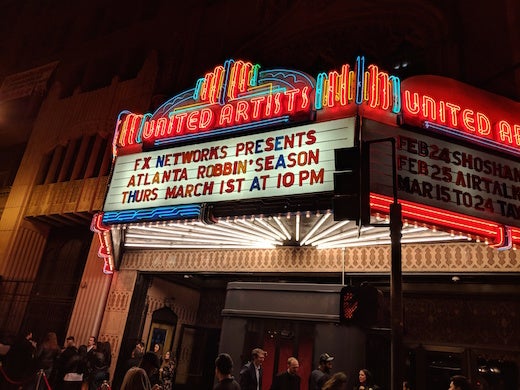 “Atlanta” won two Emmys (for acting and directing), two Golden Globes (for acting and producing), a prestigious AFI Award as one of the 10 best shows of the year, and two Critics Choice Awards.

“That’s crazy,” FX CEO John Landgraf said of the show’s awards tally at a kickoff party on Monday for the premiere of the show’s second season, dubbed “Robbin’ Season.” 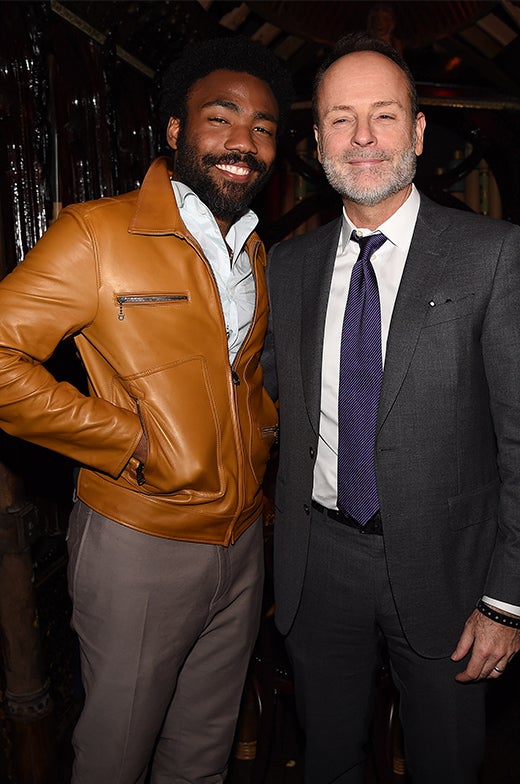 “It’s really cool to be ending Black History month this way,” Donald Glover told the crowd at the Theatre at the Ace Hotel. “Shout out to Ryan [Coogler] and Ava [DuVernay] and all the people doing good work right now. I’m really proud to give you guys this and we really appreciate this.” 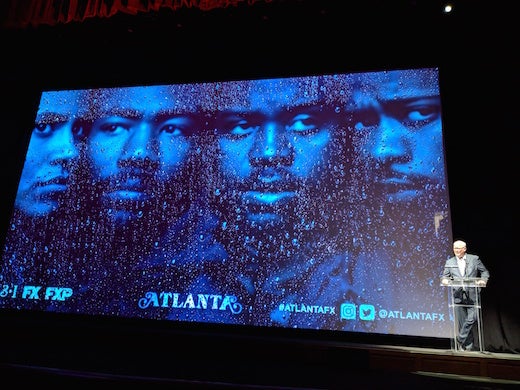 “I want to thank Stephen Glover for putting together the best pre-screening playlist in the history of FX,” FX’s John Solberg said to open the evening. (Mikey Glazer)

The “guys” on the receiving end of “this” — a sneak peek of the first two episodes — included some famous fans and friends of the show without any professional affiliation. While celebs used to show up at each other’s premieres all the time, it’s now a rare sign of true industry credibility and support.

Lena Waithe, who recently premiered Showtime’s “The Chi” about her home city, arrived holding hands with a date. 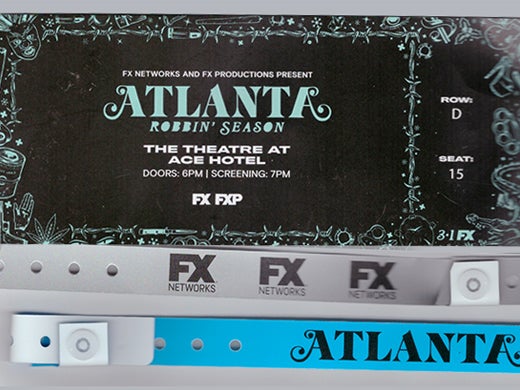 Fellow FX visionary Pamela Adlon, whose “Better Things” is coming back for a third season, made plans to meet up with friends at the after party at Clifton’s Cafeteria.

Meanwhile, Sterling K. Brown, who worked with Brian Tyree Henry on “This Is Us,” lurked near the red carpet’s barricades with a handler. Brown hid in a hoodie but also shouted to pals walking the carpet under the barrage of flash bulbs. 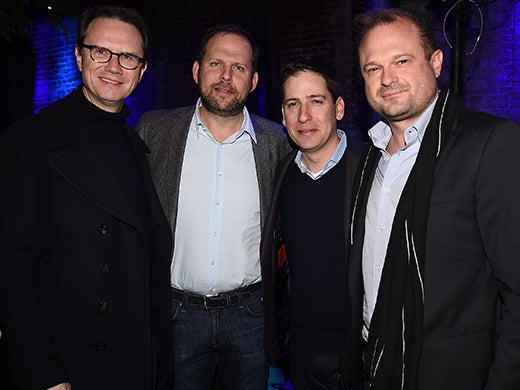 “Robbin’ Season” has nothing to do with Batman’s sidekick or a new rapper on the scene, and everything to do with Georgia Penal Code § 16-8-41, “Armed Robbery by Intimidation” — and the end-of-year holiday period when people are flush with gifts and cash.

“People just have more stuff, money,” Stephen Glover, brother of Donald and a writer on the show, explained to TheWrap’s Tony Maglio at last month’s Television Critics Association panel. “And people need money. It’s just a time that robberies go up — all kinds. It’s just like a very kind of tense and desperate time.” 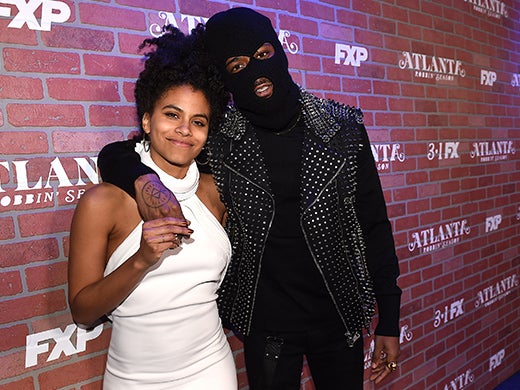 Zazie Beets and Lakeith Stanfield, who took off his mask periodically. (Frank Micelotta/FX/PictureGroup)

For FX, the times are anything but desperate.

“Donald epitomizes everything we champion at FX Networks in terms of artistic integrity, originality, creative excellence, and fearlessness,” Landgraf concluded.

After the episodes, buses rolled north up Broadway to Clifton’s where guests snacked on salmon and flank steak, flash-frozen boozy ice cream, and DJ Smiles Davis spun in the multi-story space. They told her to play it loud.

“Happy to give it to ‘em,” she posted on Instagram.

Jon Favreau is directing the movie, which arrives on July 19, 2019

Like Rafiki brandishing the newborn Simba on top of Pride Rock, Disney on Wednesday unveiled the full cast of Jon Favreau's live-action remake of their 1994 classic "The Lion King." The new version coming in 2019 boasts an impressive cast to replace the original's iconic voice actors. Let's meet them.