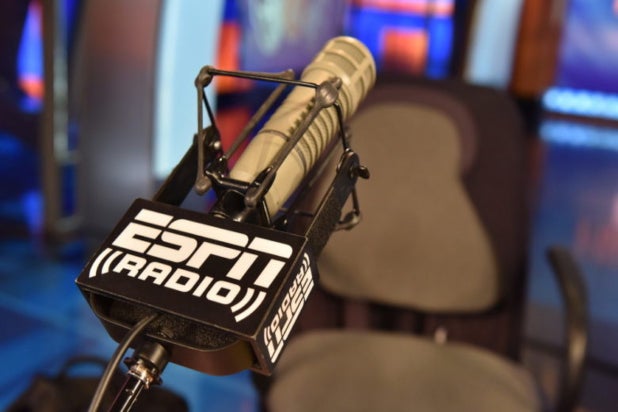 Inside ESPN’s Push Toward Narrative Podcasts and Shows

”Across the board, podcasts have been a bright spot not just for ESPN but across the industry,“ ESPN vice president of audio strategy Tom Ricks tells TheWrap

Narrative, story-driven podcasts and shows that rely on ongoing reporting, are a safe bet for ESPN, which, for the first time in its 41-year history, lacks a reliable schedule of sports programming thanks to COVID-19. Tom Ricks, ESPN vice president of audio, digital strategy and marketing, told TheWrap that the company’s podcast division is prioritizing content that intersects with ESPN’s existing broadcast programming.

Torre, who began writing for ESPN’s website in 2012 after a stint working for Sports Illustrated, said he plans to run “The ESPN Daily” podcast like a news magazine show that will showcase diverse voices. He takes the mantle of host from Mina Kimes, who will run her own show for ESPN.

“I love the show. I love its creative and journalistic potential,” Torre said. “I see ‘The ESPN Daily’ podcast as having a lot of potential in terms of being a kind of news magazine.”

Both Torre and Ricks said “The ESPN Daily” podcast will utilize new and existing reporting by ESPN staff to fill the show’s 20- to 30-minute episodes.

“I think that space represents tremendous opportunity for ESPN because the investigative journalism at ESPN is second-to-none in the sports world, and they have a lot of stories they’ve told in the past and (that) they’re telling today that I think are ripe for telling in the podcast world,” Ricks said.

Ricks said ESPN launched its first podcast, “The ESPN Radio Daily” (now “The ESPN Daily” podcast), in 2005, but he joined the company in 2007.

“We were really thinking about how we would be much smarter, and how we’d leverage the broader ESPN machine — in particular, our linear networks — to promote the content that we were producing for the space,” Ricks said of the company’s early podcasting ventures.

The arrival of Bill Simmons at ESPN and his online sports website Grantland helped put ESPN ahead of the curve, Ricks said. Simmons now runs his own media company, The Ringer, which Spotify announced in February that it would acquire.

“In 2007 Bill Simmons came in and I think really helped put ESPN in the podcast game… some of the titles that still exist today were born in that 2007-2012 timeframe,” Ricks said.

Analysis firm Podtrac tracks the top podcast publishers in the industry each month, ranked by its estimate of the networks’ total U.S. audience. In June, ESPN ranked No. 10, with an estimated 5.4 million listeners and roughly 48 million downloads throughout June. That’s a slight increase from May’s count, which pegged ESPN’s download count at 45.4 million.

Also Read: Why SiriusXM Will Pay $325 Million to Acquire Stitcher

ESPN offers 35 original podcasts, two of which are focused on fantasy sports. There’s a show for every kind of sports fan, and several are centered around individual commentators, such as the “SVPod” with former SportsCenter anchor Scott Van Pelt or “Laughter Permitted,” hosted by two-time FIFA Women’s World Cup winner Julie Foudy.

Ricks said ESPN’s broadcast hosts are often tapped to create their own shows to further expand the network’s reach.

“We have personalities at ESPN that, in many cases, have a platform across a linear network, and we can bring them in the podcast space and get them a different platform that allows them to create a more intimate relationship with their listeners,” Ricks said.

That intimate relationship translates to ad dollars, as listeners are more likely to buy products advertised by a trusted host’s voice rather than typical pre-recorded radio ads.

On average, podcast ads are usually 30 seconds to a minute long — the IAB found that 44% of podcast advertising inventory sold last year fell within that time frame.

Ricks said the company hasn’t experienced a downturn in ad sales since the pandemic was declared in early March. ESPN also wouldn’t disclose its financials or the average CPM’s achieved by its podcasts. But Ricks did say that ESPN has “between 5 and 6 million people a month that are listening to our podcast content.”

ESPN’s overarching strategy for its podcast division is “continuing to drive our existing audience to podcasts that are primarily built around personalities at ESPN and key major sports franchises,” Ricks said.

Ricks said that, so far, advertisers have kept their marketing dollars devoted to the podcast space because it’s one of the few industries still regularly producing content at more or less the same quality as before widespread remote work orders kicked in. The ESPN podcast team began working remotely on March 16, Ricks said.

“Across the board, podcasts have been a bright spot not just for ESPN but across the industry. Advertisers are sticking with podcasts and continuing to invest in that space,” Ricks said.

ESPN’s remote podcast production team has been producing shows throughout the pandemic and plans to continue. Ricks said most of the non-fantasy sports podcasts have filled their slates with coverage of world events as they relate to sports, and steps towards resuming gameplay.

Also Read: '30 Rock' vs 'Parks and Rec' Reunion Ratings: Reunited, but Does NBC Feel So Good?

It remains to be seen what content ESPN and other sports-focused networks can produce as major league sports struggle to return to play. Ricks pointed out that it’s possible that several sports whose seasons wouldn’t ordinarily overlap might find themselves fighting for air time.

“I think the challenge for everyone is going to be a want for (an) audience, but also, how do you break through and stand above when you’ve got that many things happening at one time,” Ricks said.

“I think this year in particular, given that the NBA, MLB, NFL and college football could all be happening in some ways at the same time, is going to test our team at ESPN in keeping up with all the demand. But I think we’re uniquely set up to have production teams and hosts in place to cover the sports as they’re unfolding.”