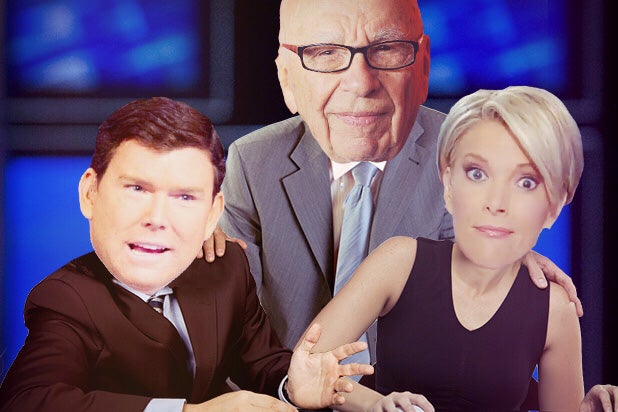 Now that Roger Ailes is out at Fox News Channel, what’s life like at the No. 1 cable news network?

Well, there’s a lot of Rupert Murdoch, the News Corp. boss who took over after Ailes was forced out last month following a sexual harassment scandal.

The Australian billionaire shows up at Fox News’ midtown Manhattan headquarters nearly every day, and he has daily contact with the new executive team. He led an initial rally-the-troops meeting, even if ordinary staffers don’t necessarily have much day-to-day contact with him, one insider said.

Meanwhile, major strategic decisions are being kicked down the road until after the November election. The on-air look, with Fox’s distinctive primary colors and punchy graphics, remains the same, as does the prime time lineup of popular hosts, including Bill O’Reilly and Sean Hannity.

But in Ailes, Fox News lost more than its co-founder. He was Fox News’ chief scout, producer and enforcer rolled into one. He was also, if the testimony of Gretchen Carlson and other women can be believed, its chief cad.

In her 2015 book “Getting Real,” published before she filed the lawsuit that helped drive Ailes out, Carlson described him as an intense boss who paid close attention to every aspect of network operations.

“He cared about everything we did. Sometimes he’d show up in the control room or call during the show,” she said. “He’d watch us at six before he left home and then listen in the car going to work.”

Also Read: No, Andrea Tantaros, Fox News Does Not Own TVNewser

His absence is destined to alter the face of the network, although it may take awhile for those changes to become noticeable to the average viewer.

“Management can make radical changes that you notice immediately, but … this kind of thing is going to take awhile before we really see something significantly different,” said Robert J. Thompson, a TV historian and professor at Syracuse University.

As previously reported, Murdoch tapped Jack Abernethy, who oversees Fox’s TV station group, to run the business side of Fox News after Ailes left. Bill Shine, a former top Ailes lieutenant, is supervising the content side, with help from Suzanne Scott on programming and Jay Wallace on news.

That team has enabled Fox News to stay atop the ratings — at least for now. And the network is still breaking stories. Fox host Chris Wallace, for example, scored the first post-convention interview with Hillary Clinton.

But after the election, a major shift in strategy — and programming — could be in the offing. Staffers are bracing for major shifts with the coming of the new year.

In 2017, will Fox be able to keep the cable news top spot it has held since shortly after the 9/11 terrorist attacks changed the news landscape?