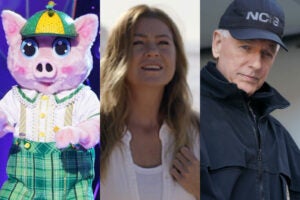 What Broadcast TV Show Will Be This Spring’s Ratings Champ?

Inside FuboTV’s Push Into Sports Betting and Pandemic Streaming Trends

This time a year ago, things didn’t look so great for FuboTV. CEO David Gandler admitted as much during a recent interview with TheWrap, saying he was worried the sports-focused streaming service — suddenly faced with the reality that sports were going away for a while — was in “big trouble.”

Instead, FuboTV found a way to roll with the punches, shifting its focus to connecting viewers with entertainment options they’d be compelled to watch. Ultimately, the service ended 2020 in a better place than where it started; FuboTV recently reported $105.1 million in revenues during Q4 — nearly double what it made during the same quarter a year earlier — and finished 2020 with nearly 547,880 subscribers, up 73% year-over-year.

It cost a lot to make it happen — FuboTV lost $167.8 million last quarter — but investors seem more interested in the service’s growth potential right now, with the company’s share price up doubling since it hit the New York Stock Exchange in October. (The stock closed at $21.88 on Friday, which is down from a high of $62.00 last Dec. 22.)

FuboTV has positioned itself as the go-to streaming service for sports fans, offering a number of regional and international sports networks to go along with staples like ESPN. The service’s standard monthly package runs $64.99 and offers more than 110 channels, including plenty of non-sports options like E!, MTV and FX.

Gandler doesn’t buy the argument that FuboTV will have a rockier year as COVID-19 restrictions continuing to lift. As he told TheWrap, the pandemic made it difficult to keep track of the usual sports calendar. Sports are “not going away,” Gandler told TheWrap. “People talk about the ‘new norm,’ after COVID they all want to go outside. Yeah, of course they want to go outside — but they still want to watch their NFL game or their favorite soccer or basketball team. They still want to watch the Olympics. It’s entrenched. You’re not going to be outside 24 hours a day, seven days a week.”

In an effort to double down on its claim to being the streaming service for sports fans, FuboTV acquired interactive betting company Vigtory earlier this year. The game plan: to launch a fully-integrated sportsbook by the end of 2021, allowing viewers to make bets directly from the streaming service. Gandler recently discussed with TheWrap the company’s sportsbook ambitions, as well as how it navigated the pandemic.

Check out an edited version of the interview below.

To what do you attribute FuboTV’s 73% year-over-year subscriber growth?

A better product experience, more familiarity with the service, and a sense that we’re out there more often now. Our marketing dollars have increased, and I think we’re just breaking through as a sports-first cable service. That success really transpired over the back half of 2020, which we anticipated and told (Wall Street) would happen. I think that while everyone claims they have sports, we’ve been able to break through from a marketing perspective. Obviously we also have the largest college football package in the United States, as well as the most expansive RSN portfolio. 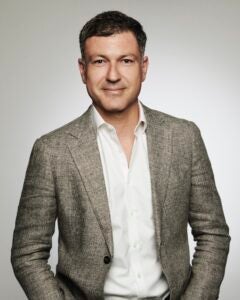 FuboTV CEO David GandlerLooking back to last year, when it wasn’t guaranteed when sports would return, what type of pivot did Fubo have to make?
Well, our slogan is “Come for the sports, stay for the entertainment.” It was at this time we closed our office — I think it was March 15 of last year — and we were very focused on improving product to surface more and more entertainment content and leveraging a lot of our data capabilities that’s led to an increase in engagement. And that’s sort of the trend that continues from COVID into the sports realm, which did transpire. That’s become a key area of our business, where we try to drive 50% of viewership onto entertainment. It leads to better retention and engagement. And that went hand-in-hand with our ad revenue increasing.

The more hours people watch, the more opportunities we have to sell advertising, and the greater the amount of inventory that’s available to us. Back in 2015, our viewers were watching 9-10 hours a month; now, at the end of the fourth quarter, we’re up to 127 hours per month (per account). (That) significant increase in viewership has allowed us to increase our ad inventory and sell-through rates.

That’s a metric we see from a lot of streamers — time spent watching. Are there any tricks of the trade that go into keeping people on the service?
Overall, the Virtual Multichannel Video Programming Distributor (vMPVD) space is quite valuable, and I think people underestimate how much great content we have as an industry. And No. 2 is we have it all under one roof. At the end of the day, people really want to go to one place to get all of their TV; I don’t think that’s going to change. I think we’ve gone from a period of bundling to un-bundling, but ultimately I think over the next three to four years, consumers will realize the best price they’re going to get is in these bundles. So we’re going to go from bundling to unbundling to re-bundling.

All things come back to wherever they started. I like to use the example of Amazon. This is a company that disrupted retail 20 to 25 years ago, and now they just announced they just opened their first retail shop in Europe. (Laughs) So I don’t see how you’re going to monetize content the way the aggregated bundle can.

I want to shift over to the recent Vigtory acquisition. How is this going to look once it’s fully integrated into Fubo?
It’s going to be iterative, meaning that we have to learn what’s important and what’s not important and where to focus our resources. I think the key here is you’ll be able to control all the data under one roof. Meaning the video data can talk to the betting platform and vice versa. What that means is if you’re watching a Lakers game, and open your betting app, you might see a bet slip already for the Lakers, without you having to go in and choose a sport and so on. Or you decide you’re going to bet on the Brooklyn Nets, and you’ll get a pop up on your TV that says “click here to watch the Brooklyn Nets.” So that interaction is going to play an important role.

The amount of data we leverage to surface entertainment content — I think we’ll be able to do a great job with that with sports betting. For example, if we notice you’re watching the Lakers game and only bet on foul shots, and there’s three minutes left in the game, we may say, “Hey, there’s a few minutes left here, and there’s a streak of foul shots coming up.”

Ultimately, if you’re asking how this all looks, I can see us using elements of voice recognition in the future to be able to unlock your betting capabilities. Because there are issues where folks may have children who have access to betting, so if you can (as an adult) place a bet through voice, and then either accept the bet or not. So if your kid says “place bet,” it’s not going to listen. I can also see elements of computer vision, where you don’t know the name of an athlete and you ask, “Who is this athlete?” and it says, “This is LeBron James,” and the screen pulls up his foul shooting percentage and gives you betting options.

Also Read: How Nickelodeon Plans to Stock Up on 'SpongeBob SquarePants' 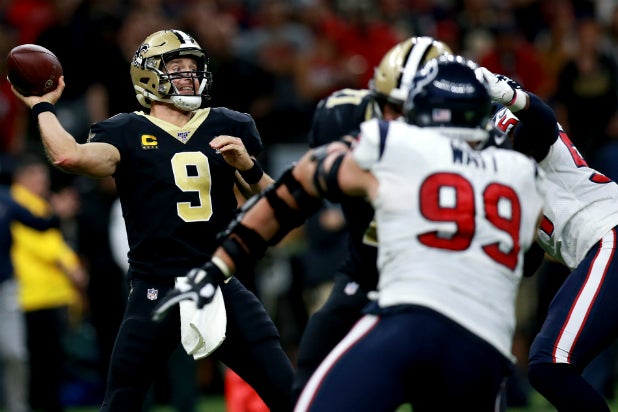 Why are you so bullish when it comes to the betting space? We’ve seen several states in the last year, including New York, ease restrictions on online gambling.
It’s a great opportunity because Virtual Multichannel Video Programming Distributors need to replace broadband revenue. This is a great way to replace broadband revenue. There’s no capital expenditure associated with it. As you said, states are loosening up their rules. But for me really, it’s about how much average revenue per user (ARPU) can we generate per household. And given the number of hours people are spending (on Fubo), this is an opportunity to take passive TV viewing and create more of an active participation within our product, which will lead to greater engagement and retention, and more engagement and retention leads to more advertising revenue and more hours on the platform.

So all of these things combined are why we’re coming in here. And I also think we’ll have more pricing power. Because if you’re looking for people who just want to bet, they’ll look for the most efficient lines. With us, who knows, we’re creating more of an entertainment enhancement, so maybe there’s a greater profit there. The other thing I’m bullish about is the fact that data collection will allow you to know the person’s name, gender, birthday, and their physical location. So when I think of the future of television and active participation, could there eventually be a commerce layer, where someone is watching and betting, and through the click of a button, they can order wings?

You’ve been at FuboTV for almost seven years. Has there been one change in the industry that’s surprised you the most during that time?
What I didn’t realize was people would spend that much time watching, as I thought initially. My long-term plan was for 40-50 hours per month per household. And, in fact, just based on some limited data in January, it seems to have ticked up again (from the 127 hours per month viewers watched during Q4). It’s not for the quarter, just January, but it’s certainly nice to see it didn’t head the other way.

The (other lesson) has been the inelasticity of sports. We started our platform at $6.99 per month and have raised our prices almost 10-fold in five years. When I suggested to our team we raise prices to $9.99 there was a fear you couldn’t because Netflix was at $7.99 per month. But (the inelasticity of sports) has been proven out. We raised prices, and in the third and fourth quarters last year we reported an 11% increase in net additions in Q3 and 18% in the fourth quarter, with a strong sports calendar and a price hike. Which to me, seem like a very different outcome relative to others in the space.