Unlike the SXSW festival that just wrapped in Austin, Texas, nobody uttered the word “disrupter.”

Which was ironic, since the stripped-down, principals-only gathering for “The Daily Front Row’s Fashion Los Angeles Awards” refreshingly deviated from other Sunday night trophy handout tropes. 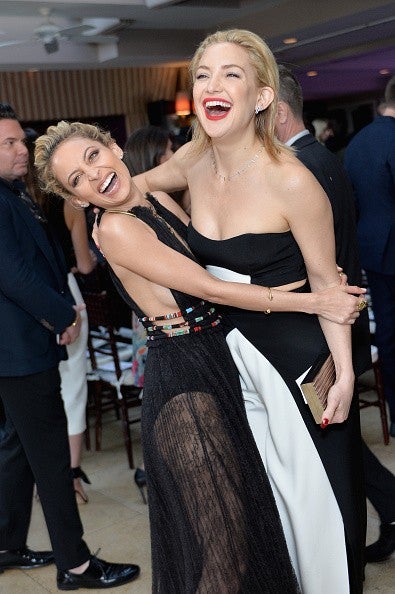 At “The Daily’s” version of an awards show, there were no walkie talkies, no talent escorts, no over-caffeinated publicists tempering their Corey Lewandowski instincts, and a surprisingly small fan crowd outside on Sunset Boulevard, lending an under-the-radar intimacy to the huddle. 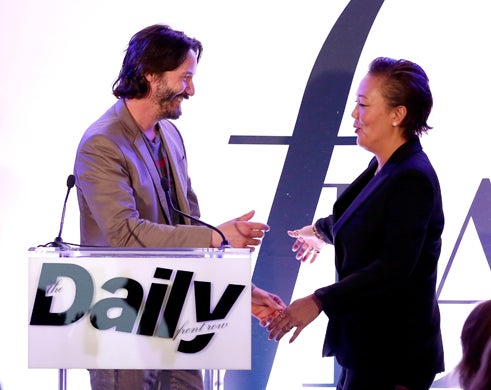 Keanu Reeves shared that he first met men’s stylist of the year Jeanne Yang on a shoot. Yang related how her mother worked so hard in a chicken canning factory that she broke the curve, drawing hostile threats from her co-workers.

Like the entire fashion industry, this had no bloat. (It also had no food, until apps after the show.)

Instead, it was Scott hugging Alessandra Ambrosio with a greeting that he just landed from Rio hours earlier. Also mentioning travel, host Nicole Richie cracked an opening joke about it taking as long for Kate Hudson to arrive from Pacific Palisades at 5 p.m. at is did for luminaries Carine Roitfeld and Alber Elbaz to fly in from Paris. Somebody told the double-chinned Elbaz that “nobody will talk to you in L.A. with a double chin” before he flew over for the event. He admitted that an expensive emergency trip to a Parisian dermatologist yielded no magic wand.

Whitney Port had a shorter journey, coming back west from the tennis tournament in Indian Wells, California. 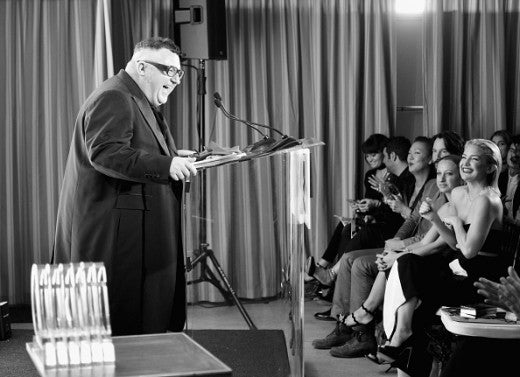 This night was more about Jennifer Meyer (the jewelry designer married to Tobey Maguire) than her dad, NBCUniversal Vice Chair Ron Meyer (who sat unnoticed by nearly all in the third or fourth row). Even Spidey was background music as Meyer introduced Lady Gaga to her mother after the show. 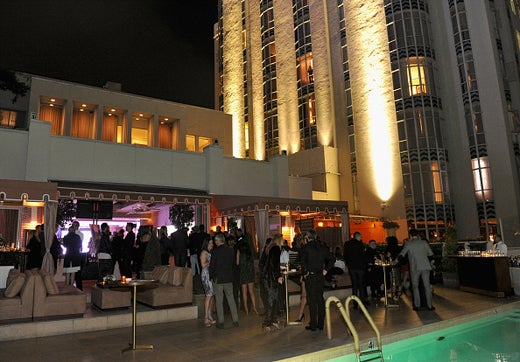 “We’re in Los Angeles,” Gaga, the honoree for editor of the year said. “Everywhere we go, everybody wants to know who you’re working with, what you’re doing. ‘How can we work together?’ What I really love about the people here is that I’ve just never made a dollar with you.”

After a laugh break, she continued. “Not one dollar. Not one.” 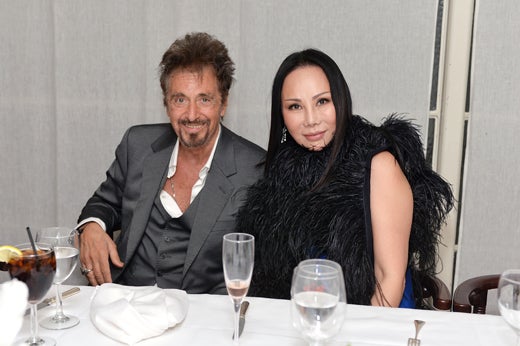 Speaking twice during the event, the recent Oscar nominee, Grammy performer and Super Bowl anthem singer worked without any notes, facing a front row that also included Keanu Reeves and The Weeknd. His placecard read “Abel Tesfaye” and his demeanor read “wallflower,” taking a plus-one approach to supporting girlfriend Bella Hadid, honored as “Model of the Year.”  His bionic hair remained a conversation piece. 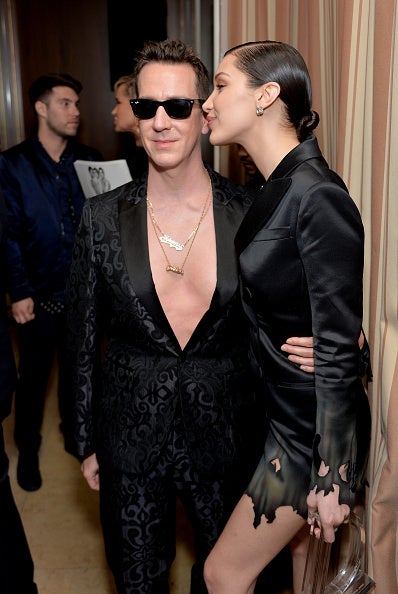 “Thanks to the Daily Mail,” Hadid gaffed, referencing the photo-packed tabloid instead of host “The Daily.” “Oh, not them,” she corrected. “They talk sh-t about me.”

The vivacious 19-year-old then acknowledged the heft of the room. 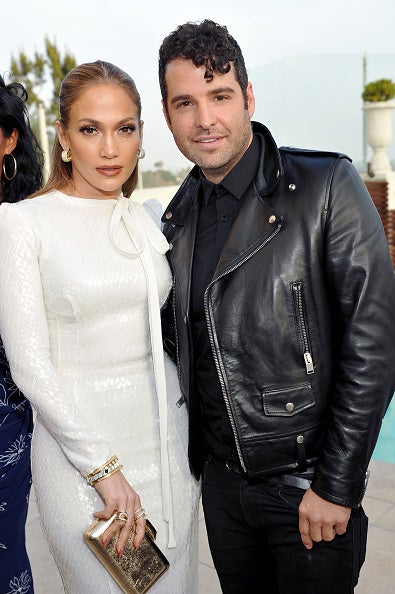 J. Lo and one half of Rob and Mariel, Rob Zangardi (Getty Images)

Even on a night welcoming stylists like Rob Zangardi and Mariel Haenn (“Idol’s” J. Lo, and “The Voice’s” Gwen Stefani) to step forward into the spotlight, the honorees still had to work. They styled Lopez at her house before arriving together for her to present them with the first award of the night. 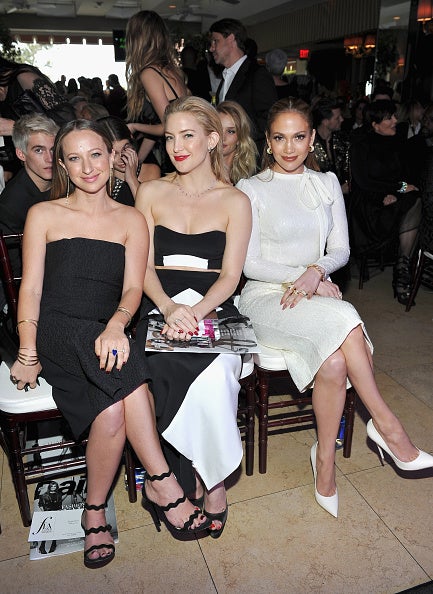 “We’re not used to getting praise and acknowledgement for what we do,” Zangardi told TheWrap, award in hand on the outdoor terrace. “We [usually] stand behind out clients, behind the camera, behind the curtain. This is a huge honor.”

No. “We were going to throw up. For two days we had pits in our stomach.”

J. Lo presented first. She worked strictly from a teleprompter and when she flubbed a line, pointed at Rob and Mariel saying, “I do this because I love you. That’s the only reason I’m here,” before exiting immediately after she was done.

In contrast, Gaga and everyone else sat through the rest of the 90 minute presentations and mingled porously. 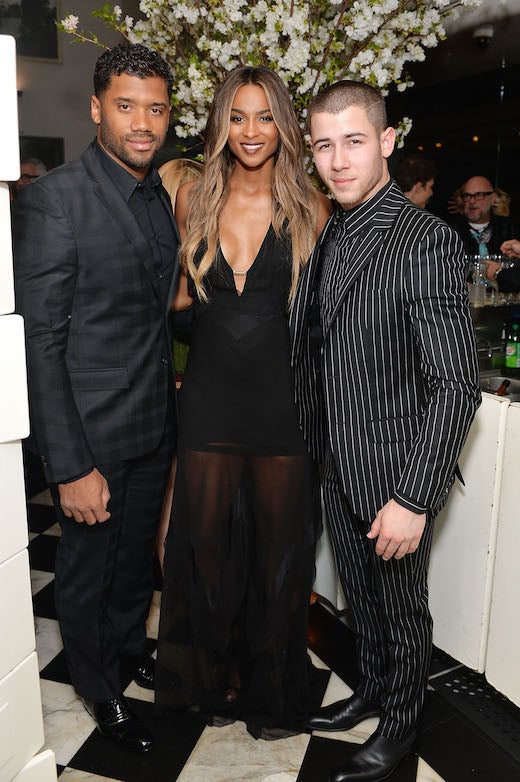 Known for “influencing the influencers,” The Daily’s Editor-In-Chief Brandusa Niro talked to The Party Report about threading the needle to land these personalities in one place.

“The timing was good for us because it was at the end of the European (fashion) shows,” Niro told TheWrap as the event made a company move to post-show dinner at Mr. Chow in Beverly Hills.

“We are part of the same coterie,” Niro continued. “We talk amongst each other and we make a commitment and people show up because they love one another.” 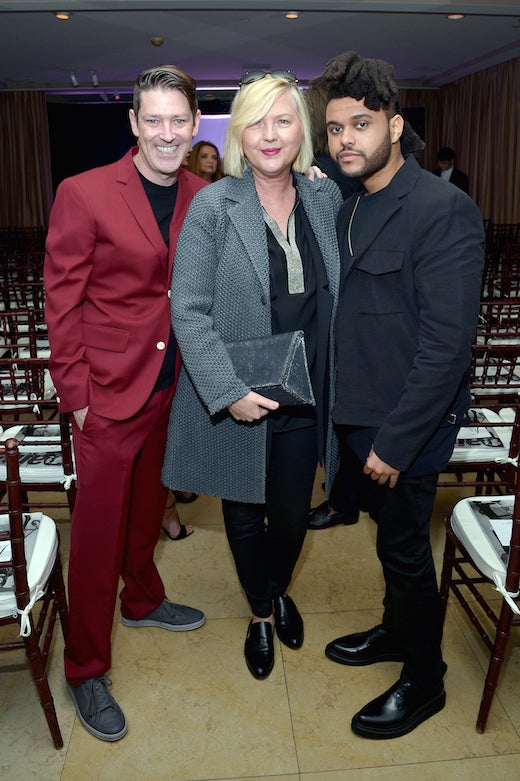 Eddie Roche, host and “The Daily’s” Editor-In-Chief Brandusa Niro, and The Weeknd before the show. (Getty Images)

Al Pacino, Russell Wilson, Ciara, Nick Jonas and the Kardashian-Wests also made that commitment and joined in at Chow’s. 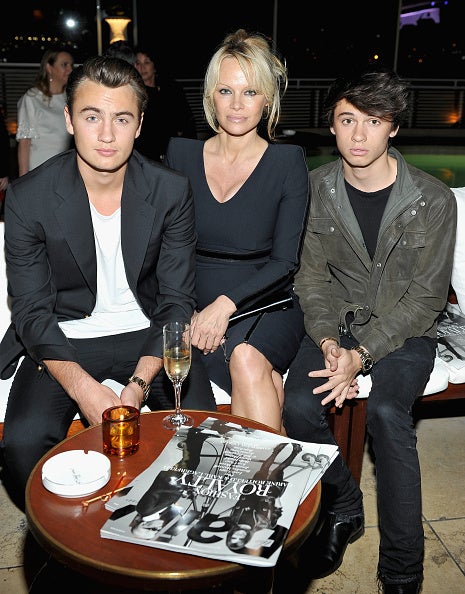 Just guests: Pamela Anderson with the grown up offspring of the Anderson/Tommy Lee union (Getty Images)

Here’s the full list of The Daily Front Row’s honorees: