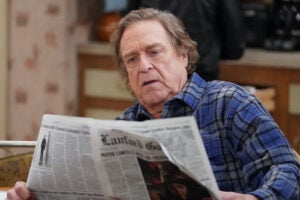 ”Getting together with 50 strangers in a properly set up outdoor space is ultimately safer than having couples over to your house to watch something on TV,“ Greg Laemmle tells TheWrap

Greg Laemmle, who runs L.A.-based Laemmle Theatres art-house movie chain with his father, Robert, was on the fast track to expand the family business in early 2020, determined to recover from a reported 30% drop in revenue in early 2019 that raised the possibility the chain would be sold.

Then the pandemic hit. Now the company is still in shutdown mode with its seven theaters and 41 screens, including a new seven-screen complex in Newhall that has yet to open to the public.

The cause? What Laemmle calls “stupid” L.A. County COVID-19 protocols that do not allow outdoor movie screenings, even at limited capacity, while restaurants are allowed that privilege. “It gets a little frustrating when you think someone can go to a place, sit outdoors and watch a football game on a big screen, but then that same facility can’t put a big screen up and start showing movies,” he told TheWrap, noting the protocols he and other exhibitors have taken to ensure the safety of moviegoers.

That contradiction has hurt the Southern California chain, founded by Kurt and Max Laemmle, nephews of legendary Universal Pictures founder Carl Laemmle, who opened their first Culver City theater in 1938. The privately held company had already suffered a 30% drop in revenue in 2019, leading to reports of a possible sale. In January, Laemmle confirmed that there were offers to buy the chain but said the company decided to gamble on expansion instead: a new seven-screen multiplex in Old Town Newhall in Santa Clarita, a four-screen theater in Azusa and another in Bellflower.

When COVID-19 shutdowns began in March, shuttering movie theaters nationwide, those expansion plans were put on hold. And the core business continued to take a hit as theater shutdowns continued and studios moved back release dates for movies like Christopher Nolan’s “Tenet” or, in some cases, shifted them to streaming services and bypassed theaters altogether.

TheWrap spoke with Laemmle about his 2020 upended plans and what’s next for the theater chain. This interview has been edited for length and clarity. 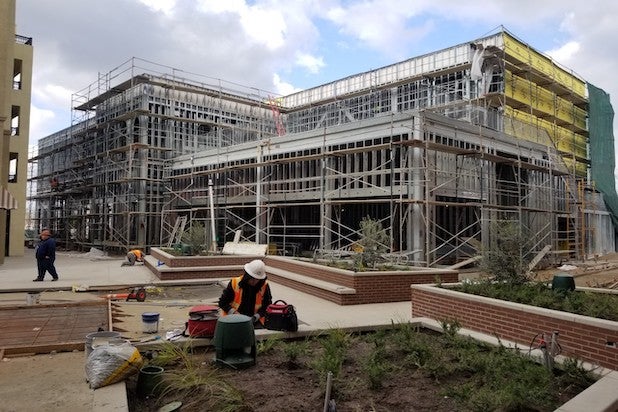 What are your immediate plans for Newhall?

There’s nothing you can do. The theater is now ready to open. We’re working on a concept for some outdoor screenings at the courtyards. It’s fairly easy to add that. And we’ll see how that goes.

What happened was the (coronavirus) numbers spiked in L.A., very specifically in June and July (after Memorial Day). And obviously that caused a series of cascading delays with a couple of pictures in terms of reopening. Other parts of the country had sort of started plunging ahead, but we saw “Tenet” switch dates and “Unhinged” switch dates and a couple of other movies. Everybody was leapfrogging.

L.A. numbers just did not come down and (New York Governor Mario) Cuomo dug in his heels about opening New York theaters, even though their numbers were incredibly low. And a couple films went ahead anyway, but obviously without the major markets —  it’s difficult to do enough to do business, when all is said and done.

L.A. County is not allowing outdoor gatherings, movie gatherings or things like that, but (an outdoor screening) can qualify as an outdoor restaurant with entertainment.

So if you serve food, movies can be the side dish? That’s interesting.

I don’t know if it’s interesting or not — it’s stupid. I understand that public health officials, everybody, wants to keep this under control. We all know that if it gets out of control, it begins to overwhelm the health system. But sometimes it’s hard to understand why a restaurant is allowed to operate at some capacity (outside) whereas a tasting room is not. In their defense, I’m sure there are some reasons and rationales for all of this, but it gets a little frustrating when you think someone can go to a place, sit outdoors and watch a football game on a big screen, but then that same facility can’t put a big screen up and start showing movies.

Do you agree with the decision to keep movie houses closed in L.A. and New York?

All of this takes place in an environment where, in most parts of the world, theaters are open, and we have yet to see an indication that movie theaters operating with safety protocols in place are a problem. (Laughs) I have to toe the NATO (National Association of Theatre Owners) line there a little bit there, but it’s true. There was never a discussion that (we should open) with 100% capacity, no masks, all these other kinds of stuff. We had set the capacity limitations, the spacing, mask-wearing, air filtration updates, all kinds of things that enhance safety.

The new theaters are in a mall, right? How will outdoor dining and screening work logistically?

The location is part of an entire city block that had been redeveloped. There are three different components: a parking structure the city built and operates; a mixed-use residential and retail  construction called Newhall Crossings, and then there is the movie theater. And between all these things, there is a courtyard.

Newhall Crossings actually installed a movie projector with the ability to project against one of the walls of the parking structure. So we’re talking about the idea that we can set up tables in the courtyard, use the concessions stand for food service, and use their projector to put movies on the wall.

It’s an opportunity for us to get people familiar with the facility. It’s an opportunity to work with some of our distributors just to create some opportunity for them to get their films screened in Los Angeles. And for the public, it’s a safe and hopefully enjoyable activity. People are looking for things to do, and unfortunately what we have seen is, in the absence of things they can do that are safe, that are properly supervised and presented, they are doing things that are unfortunately continuing the spread of the disease. Getting together with 50 strangers in a properly set up outdoor space is ultimately safer than having a couple of couples over to your house to watch something on TV.

Speaking of watching at home, Laemmle has a Virtual Cinema program. Has that been successful?

We’ve been doing virtual cinema since March, within 10 days of the shutdown. We’ve come together with some of our distributors and other exhibitors around the country to promote premium TV On Demand because they have the ability (to show) art-house titles, and that’s something we’re still doing. But as we become further removed from our audience, it becomes more difficult to promote.  I think art-house films very specifically need theatrical release to build awareness for their films, and it’s definitely missing.

What are your thoughts on the fact that major studios are often choosing to debut their films on streaming platforms during the pandemic?

I want to be positive about the future of moviegoing and exhibiting movies. I think it does represent a different and unique experience, but ultimately the public is going to decide what’s important to them.

Right now it seems like the studios are making that decision, not viewers.

Certainly, the numbers that are being thrown around about what companies were willing to pay to buy streaming rights to the James Bond film were rather staggering. (MGM reportedly offered $600 million for a one-year streaming license for “No Time To Die”) And yet it diminishes the brand for future consideration.

We are doing some very painful things in terms of the long-term future of our business, but they are about having a long-term future. When my grandfather (operated the Laemmle theaters), with the advent of TV, he went from six theaters to one location, all over the course of a few years — and then was able to, over the course of another 60 years, to build it back up. (Laughs) I don’t have that kind of time frame.

Let’s look ahead a few months, instead of 60 years. Do you have hopes for a successful holiday movie season at L.A. theaters?

We’re just waiting to see what happens next.  What is going to happen with “Wonder Woman 1984” moving forward (to Dec. 25)? Some of the big films that are still positioned for Christmas before the end of this year, and for January and February, are still on the release schedule. If they can’t (open in theaters), are they moving back or moving to streaming? We are in a holding pattern. There are films at year-end, both art films and commercial films, but a lot is going to depend on (whether) theaters get open in New York and L.A. Without New York and L.A., it is very difficult to predict that things will move ahead.

Has the pandemic caused bigger problems for independent theaters than for the large theater chains?

We’re all directing recapitalization as best we can. Smaller businesses do have access to PPP loans that are not available to larger businesses…but we don’t have access to capital markets. I can’t float junk bonds; I can’t sell stock. But we are all in the same boat, ultimately. There are larger chains that have theaters in other parts of the country, but at the end of the day, exhibitors around the country and around the world are definitely hampered by the fact that New York and L.A. are not open because it impacts the release of the films.

Tom Cruise Puts James Corden Through ‘Top Gun’ Training and Dogfights: ‘You Are My Goose’ (Video)