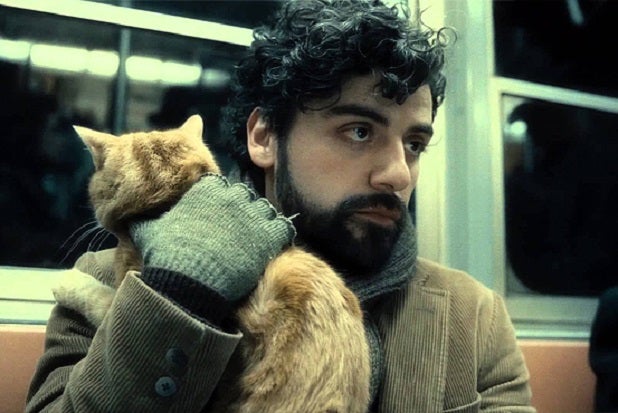 Ethan and Joel Coens’ “Inside Llewyn Davis” gave the writer-director team their best box-office debut ever this weekend, rolling up $402,000 from just four theaters.

That’s a spectacular $100,500 per-screen average for the CBS Films’ Oscar hopeful that stars Oscar Isaacs as young singer at the crossroads amid the Greenwich Village folk scene of 1961.

In terms of per-theater average, it’s the Coens’ best opening ever, more than doubling the $43,797  rung up by Oscar Best Picture winner “No Country for Old Men” when it took in $1.2 million from 28 theaters in 2007. Their previous biggest limited opening average was the $41,890 that “A Serious Man” debuted to on six theaters in 2009.

And it could wind up the year’s best limited debut when Sunday’s actual numbers come in, since the estimates have it just behind ‘Blue Jasmine,” which averaged $102,011 on six theaters when it opened in August.

Also read: Why the Coen Brothers Wanted to Folk It Up on ‘Inside Llewyn Davis’

The film is very well-reviewed (94 percent positive on Rotten Tomatoes) and appeared to get a big word-of-mouth surge on Saturday, when attendance surged 29 percent from a strong Friday. Additional theaters were added, after numerous sellouts.

CBS plans to expand the film, which premiered and won the Grand Prix at Cannes back in May, next week but will not go nationwide until January.

Several other awards hopefuls expanded over the weekend.

Fox added 82 more theaters to the run of its awards hopeful “The Book Thief” and it brought in $2.7 million from 1,316 locations, a 44 percent drop from last week. The drama about a young girl living in pre-World War II Nazi Germany has taken in $12 million in five weeks.

Focus Features added 38 theaters and the Matthew McConaughey-Jared Leto AIDS drama “Dallas Buyers Club” took in $1.4 million from 734 locations, a 42 percent from last week. It has taken in $12.4 million since opening six weeks ago.

Director Alexander Payne’s “Nebraska,” starring Bruce Dern, brought in an estimated $545,000 from 113 locations.  That’s a solid $4,823 per screen average for the Paramount Vantage drama, which has taken in $2.2 million after four weeks.

TWC’s “Mandela: Long Walk to Freedom,” starring Idris Elba as the iconic South Africa statesman who died last week, remained on four theaters in its second week and brought in $77,652.  That’s $19,413 per theater, off just eight percent from last week.

The movie will be rolling out wider to 850 or so theaters on Christmas Day. In an exclusive and tearful interview with TheWrap, Harvey Weinstein said he has resisted suggestions to take the movie wider, sooner because of the news, and refuses to consider tying considerations about the fate of the movie with Mandela’s death.