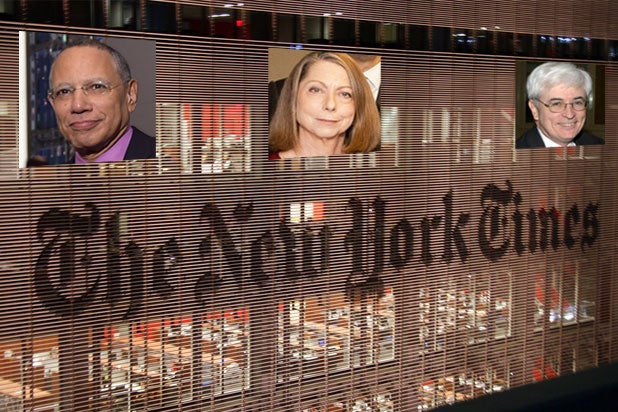 Despite a settlement this week between The New York Times and 14 former staffers to avoid arbitration over being laid off, multiple insiders told TheWrap that last year’s cuts were chaotic and unnecessarily harsh.

Some employees were laid off without their direct bosses knowing about it first, the insiders said.  And staffers were dumbfounded to learn that many younger staffers making much less than legacy journalists got the axe – including some who had just received positive performance reviews.

“Usually when you have a list of jobs or people who are going to get axed, you’re supposed to quietly share that among other editors, so that way if there’s anybody on that list that other departments want, you can say, ‘Oh, I’ll take him/her or I’ll throw him/her on the copy desk or whatever, and there is very little evidence that happened in this case,” one insider told TheWrap.

In total, over 100 staffers were cut last year in either layoffs or buy-outs, including heavyweights like TV reporter Bill Carter, and media writers Leslie Kaufman and Christine Haughney. About half of those laid off were women. On Wednesday, 14 Guild members who initially challenged their layoffs through the contract’s grievance process agreed to an undisclosed settlement. Six others who were laid off had decided not to challenge their dismissals.

Those who challenged being fired maintained they were let go without taking seniority into consideration – the award-winning Mary Pilon, a recent hire from the Wall Street Journal, was among those – and many including Kaufman had just received positive job performance reviews. The dismissal of junior staffers including Metro reporter Kia Gregory, video journalists Sean Patrick Farrell, Vijai Singh and Carrie Halperin confounded some observers.

But the same insider told TheWrap that morale among women at the Times had deteriorated even before the layoffs.

“Jill’s loss, and how it was handled so poorly, really did have an impact on the women in the newsroom,” the insider said. Women felt Abramson’s historic rise to executive editor was terminated without full efforts to make it work, leaving Dean Baquet’s appointment tarnished by the messy nature of Jill’s firing.

“Dean should have had his own moment in the sun; he’s brilliant, but his rise was so tainted by how horribly she was handled,” the insider continued.

Another insider told TheWrap that if some departments conveyed they wanted to absorb a staffer about to get laid off, they were told they’d have to “sacrifice one of their own.”

This insider also echoed the sentiment of a disorganized, chaotic process: “I was told some people found out they were laid off in the New York Post.”

The insider supported the notion that the Times has a gender issue: “There was some type of understanding that this isn’t the easiest place to be a woman.”

Another aspect of the Times’ gender issue involved “core reporting,” which CEO Mark Thompson had said the paper needed to focus on. That emphasis skewed toward keeping male-dominated reporters, like crime reporters, while trimming female-dominated beats like education.

A Times representative said the layoffs were straight down the middle.

“While the Guild doesn’t comment on any individual or the particulars of their case I can tell you the Guild was prepared to arbitrate several of the layoffs,” Anthony Napoli, Local Representative of The Newspaper Guild of New York, told TheWrap. “We were pleased that we were able to reach settlements that all the individuals found acceptable.”

“In keeping with our long standing policy of not commenting on personnel matters, we don’t have a comment on this,” a Times spokesperson told TheWrap.