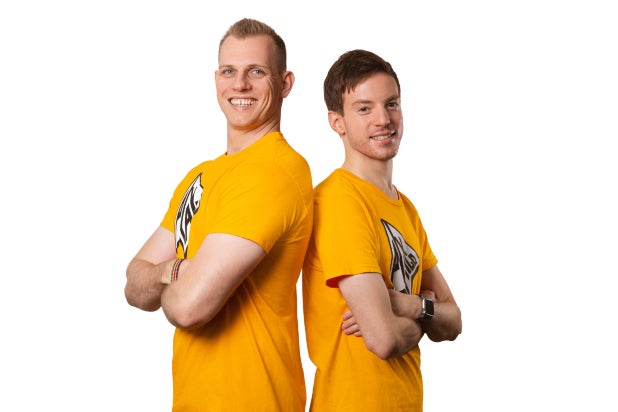 As the world embraces mobile gaming at a rapid clip and player spending on games grows worldwide, a new social-focused developer based in Tokyo called PlayCo is gunning to capture the attention of gamers by integrating gaming into social apps like Zoom, or Facebook.

PlayCo, which also has an office in San Francisco, plans for its games to be available to play just via a link, instead of the typical process of installing, then updating, game software to a hard drive.

PlayCo chief executive Michael Carter told TheWrap that the company thinks that players want a lower barrier to entry to playing games, which includes less time to install. Compared to the process of buying, downloading, then installing and updating game software, the prospect of joining a game by tapping a link — just like participating in a video call — seems effortless.

The company emerged from stealth mode in late September with a $100 million funding raise — putting it at unicorn status and an estimated $1 billion post-deal valuation before the company even completed its first game. Carter told the Wall Street Journal PlayCo pitched to 20 investors and expected only a few to invest, but all wrote checks, including Will Smith’s venture fund Dreamers VC.

Nearly every major social media platform in the U.S. — including TikTok, Instagram, Facebook, Snapchat — are on PlayCo’s wish list for integrating its gaming content — plus large Asian social networks like Tencent’s LINE, WeChat, Hike and KakaoTalk, a popular messenger platform in Korea.

Investors are excited by the idea of link-based gaming, even though it’s been around for decades since Justin Waldron — a PlayCo co-founder alongside Carter, Takeshi Otsuka and Teddy Cross — helped create a system for sharing virtual items with friends via Facebook links for the Zynga game “FarmVille” in 2009. The original “FarmVille” game will be discontinued at the end of this year, but the tech for link-based co-op play lives on.

Carter said the company will release its first game, which is yet to be announced, before the end of the year to keep pace with holiday demand. PlayCo’s games will be free, but the company will monetize through in-app purchases and advertising.

PlayCo considers itself a Silicon Valley company despite its strategic headquarters in Japan, which it chose partly because Asian gamers play more on mobile than western gamers, who prefer consoles and PC.

The Silicon Valley connection worked to PlayCo’s advantage when it was raising money, and several notable venture firms in the area are investors — including Sequoia Capital, Caffeinated Capital, Sozo Ventures and the Makers Fund (which backed gaming intelligence platform SuperData before it sold to Nielsen).

Carter spoke with TheWrap from Tokyo about PlayCo’s plans to bring games to the most popular social and communication networks worldwide and what type of games it hopes to develop first. This interview has been edited for length and clarity.

Explain the premise of link-based gaming and why PlayCo is targeting that instead of creating games that need to be installed?

The reason we’re so focused on bringing the world closer together is we just think that on the App Store, the one weakness that it has is it’s just really difficult to, with today’s ecosystem, get two people playing the same game. There’s a lot of reasons for that, but we realized that you could just have a hyperlink, a window into any game, then you could just put two people in a game instantly. So when you remove all that friction, then it changes who can play games and who with. And in a post-COVID world, people are kind of expecting that. Zoom kind of brought that to the forefront this idea that you tap on a link, and now you’re in a shared experience. That’s (now) almost expected, but that’s just not how games work.

Why hasn’t the industry embraced link-based and in-app gaming yet? What’s the challenge?

Apple and Android phones, when they first came out, your apps couldn’t run in the background, there were no push notifications, there was no way to do things at the same time. Over time, it got to the point where now we can switch between (tasks) and the download sizes are bigger. It started out as just merely like a network constraint, a battery constraint, a computing constraint. And that created an ecosystem around this install process where you have to have high intention, like you have to know you want an experience before you have it.

It’s only recently though, that these phones are powerful enough… and 5G is rolling out, the connectivity of the network is strong, batteries and the computing power are really strong so now we’re sort of going back to this realization that, OK, it actually makes sense to reduce this friction from a consumer standpoint.

Where would your games be hosted, if not in an App Store?

We’re not actually against app stores. It’s not like we’re going to go around app stores. It’s more that we want the app stores to have this characteristic that people can play the game or use the app before they’ve actually gone through that install process. What’s interesting is Apple is starting to understand the power of that. They actually built a technology that just released that’ll be on this new iPhone and is part of iOS 14… they’re calling it app clips, and idea is that you can create, as a developer, you could create a lightweight version of the app, like a movie clip, and people can play our game before they’ve even installed it. That’s exactly meeting our vision.

Would PlayCo try to integrate with game streaming apps like Twitch?

What we’re focused on is when that video stream actually is a two-way conduit, where you have 50 people watching some streamer and any of them can start interacting with the screen and playing the game. They can go from watching to playing instantly. Imagine a game where I’m trying to build my fort to hold off a zombie horde. So (you could) come watch me, right, and I’ve got zombies attacking, but then all of my streamers can jump into the game and fight the zombies in that two-way relationship. That’s what’s new and interesting here. Right now, if I’m watching somebody play, say, ‘Minecraft,’ and I want to join their ‘Minecraft’ server, I’ve got to go install the game, make an account, then find the server. We’re really excited about this kind of game streaming that we want to innovate. We want to create the first stream-native games where the audience, they’re not just consumers, they’re participants.

So the popularity of Zoom and other video chats are influencing how you make games?

Tactically speaking, what we’ve realized is that it’s quite broad. The markets we’re going after and the places we’re trying to put the games. So (for) any kind of video chat, for example, we’re building — it sounds like a weird throwback — but video games where inside of a video chat, you can play a game with your friends all in one spot. If we can instantly insert a game where not everyone has to install it, but it’s just there alongside the call, that’s a really big deal. And then, you know, the same is true for being able to embed games inside like your chat conversations, or into social media (platforms).

We have to be flexible and meet consumers everywhere they are. It’s not like the App Store versus somebody else. We’re going to be able to meet users, where they spend five hours a day, right inside of the communication apps, as well as everything else.

The games we would make would be the ones where Generation Z can play it with their grandparents. So it cuts across all demographics. A game like ‘Among Us’ for example, is way more likely to fit into the kind of games we build than ‘Fortnite.’ I think a lot of these games will be ones that aren’t based on arcade-style, real time Twitch timing… the pace is a little slower.

Why choose to base PlayCo in Japan?

Asia has been more forward leaning, for not just mobile, but also for messenger-based applications in gaming. So our basic view is that we can really learn a lot and push the envelope here, which educates what we’re simultaneously doing in the US. We’re going after both markets, but I just think we may be able to do things that are a little more advanced in Asia first… we have to be at the cutting edge and it’s easier to do that for Japan right now. There are just a lot of opportunities in Japan to really push to the forefront. But we’re still working with all the messenger apps, all the social companies around the world, and we have people in Silicon Valley and L.A.