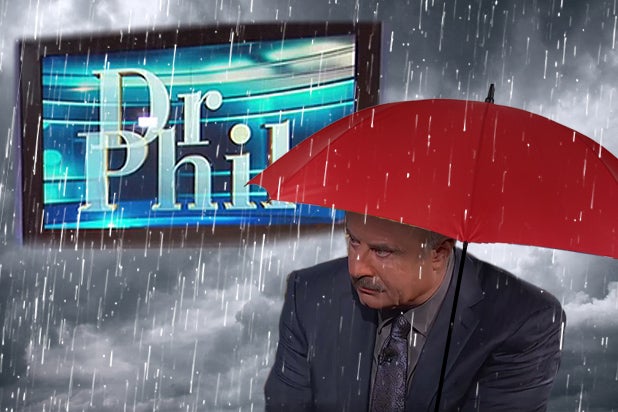 “Dr. Phil” is the No. 1 rated syndicated talk show on television, with its advice-guru host raking in a reported $70 million a year. Yet insiders tell TheWrap the production is enmeshed in turmoil behind-the-scenes with rampant layoffs, benefit cuts and staff unrest.

The reason for the layoffs and cost-cutting is unclear, since the show continues to thrive in its No. 1 slot for the genre, with this season’s premiere week scoring an average 4.3 million total viewers  (3.1 household rating and 1.6 in the key demo of women 25-54).

Since the staff returned to production in August for season 14, there have been waves of layoffs. Days after employees settled in from their summer hiatus, executives carried out the first wave of cuts by axing the entire transcription department.

“It was heartless to cut those people after we returned from hiatus,” an individual with knowledge of the situation told TheWrap. “They could have notified them while we were on break and given them time over the summer to look for other jobs. Instead they let them go right after we got back.”

The transcription department cuts particularly rankled the show’s producers, who must now transcribe their own interviews on top of already working 60-plus hours a week.

Another insider told TheWrap that the show has also laid off its highly compensated head of public relations. Further cost-cutting measures were implemented in September, including letting go of two producers.

In addition, the show scaled back medical benefits, prompting several union employees to file a formal complaint with the Directors Guild of America, we’re told.

The DGA did not immediately respond to TheWrap’s request for comment.

While benefit cuts may seem minor to some, an insider explained that staffers not covered by union benefits are now scrambling, particularly those with families, after their monthly medical contributions jumped from about $200 up to $2,000. “Dr. Phil” is, however, one of the only syndicated talk shows to offer benefits to workers not covered by unions.

Show host Phil McGraw earns about $70 million annually thanks to the show and his self-help books, according to Forbes. However, it’s unclear if McGraw has personally been affected by the benefit cuts at his talk show. What is clear, according to insiders, is that the rank and file staffers have taken a financial hit.

“Some people can’t afford to pay it and are scrambling to find other insurance or in some cases other jobs,” an insider said. “I’ve even heard about people having to postpone medical procedures because the new benefit plan won’t cover things they already had scheduled.”

In fact, the insider said, things are so bad that “there’s about to be a mutiny.”

The budget cuts come as “Dr. Phil” is a consistent ratings winner. The show kicked off Season 14 on Monday, September 14, and is handily beating the competition. For the week ending Sept. 20, the CBS Television Distribution program hauled in a 3.1 household rating.

Among the key women 25-54 demographic, it scored a 1.6 rating and finished first versus the competition. Among chat shows, “Dr. Phil”  finished above runner-up “Live With Kelly and Michael” and third-place “Ellen” in the demo.

“Dr. Phil’s” strong ratings have been propelled by several big gets. Over the past few weeks, McGraw has sat down with former “Criminal Minds” and “Buffy the Vampire Slayer” actor Nicholas Brendon, who discussed his struggles with depression and addiction. The show also aired a tearful interview with Michelle Wilkins, whose fetus was ripped from her womb during a brutal assault.

But even these big gets and killer ratings haven’t been enough to slow the bleeding at “Dr. Phil.”