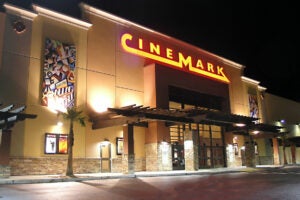 ”The next generation…might not ever read the New York Times. They might only listen to our audio reports, and we think that’s great,“ New York Times’ Sam Dolnick tells TheWrap

The New York Times Company’s recent deal to acquire Serial Productions for roughly $25 million is at the center of a strategy to produce a new pipeline of narrative podcast content that appeals to a wider and younger audience.

Sam Dolnick, a New York Times assistant managing editor who oversees audio projects, said the Serial Productions purchase was a stepping stone in the company’s larger push to bring its journalism in audio and video format to younger consumers who are eager to binge their favorite shows, much as they do with streaming services like Netflix.

“Now that we’ve got Serial, we’ll start to build even more muscles where, every few months, we’ve got a big blockbuster story that you’re going to want to binge,” Dolnick said.

The Times reported the deal was worth $25 million in its reporting but would not confirm the sum to TheWrap.

Serial Productions was co-founded in 2014 by CEO and Executive Editor Julie Snyder, Producer Sarah Koenig and “This American Life” Host Ira Glass. After raising money from the community to support its first season, the podcast took off and began earning revenue through ads. Initially the company was affiliated with “This American Life” host station WBEZ, but broke off to form its own unit in 2015, Snyder said. Managing Editor Neil Drumming joined the company in February 2020.

Serial Productions produced three seasons of its titular true-crime podcast “Serial” and a spin-off show called “S-Town,” each binge-worthier than the next and packed with original reporting and sound design.

Snyder said that Serial Productions team began exploring a sale in 2018, when it became clear the company would need more resources to tackle more ambitious projects. Around that time, Snyder began speaking with multiple podcast production outlets including the Times.

“Over the last four years we’ve started having more and more ideas and wishing we had more infrastructure to support the things we wanted to produce,” Snyder told TheWrap. “Up until this point we’ve kind of been one at a time. We have a lot of talent, and we have the capabilities of having multiple things in production at once.” 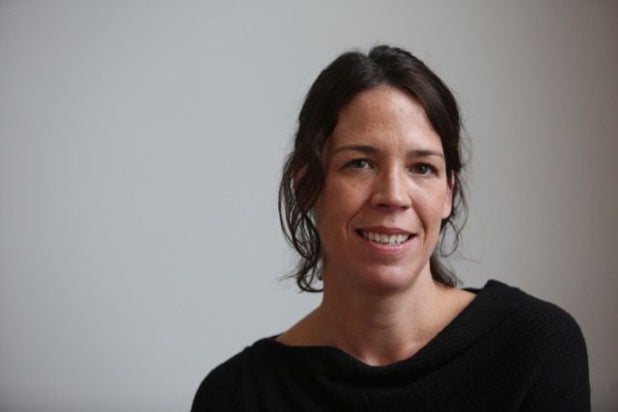 The Serial Productions team currently consists of Snyder, Drumming and Koenig, but Snyder said they plan to staff up so they can deliver on a more ambitious slate of podcasts. The Times said that its journalists won’t immediately be contributing reporting to any of Serial’s upcoming shows, but noted, “We don’t rule out the collaboration of Times journalists and Serial producers in the future.”

“We’ve had a bunch of shows that are either in production or we’ve got the beginning ideas for them, and we’d like to get them focused but we just need help with mainly producers and editors to start moving on them, so they don’t have to wait in the queue,” Snyder said. “To me (it) felt like we could get the infrastructure and support to do what we wanted, which was to have up to three, four, possibly five shows really good shows a year.”

Snyder added that the acquisition means she’ll get to hand over the company reins to another qualified candidate and dive back into the creative and production workflow. “I’m a good editor, but I didn’t want to keep on running the business,” Snyder said.

The New York Times is eager to have a slate of fresh narrative-driven podcasts. While several of its shows regularly reach millions of listeners, they’re often stand-alone episodes or news recaps — such as “The Daily” with host Michael Barbarro which launched in 2017 and is the organization’s biggest podcast, or “1619” from Nikole Hannah-Jones. Hannah-Jones won a 2020 Pulitzer Prize for her work on “1619” and also co-founded the Ida B. Wells Center for Investigative Reporting.

In total, the Times has produced 11 podcasts including the three shows created by Serial Productions — the latest is a show about race relations in the public education system called “Nice White Parents,” which released its first episode July 30.

“We think that this evolving Times audio report includes podcast episodes like ‘The Daily’ and big narrative series from Serial, but also the big magazine cover stories that have been researched for months,” Dolnick said. “That means the next generation of Times subscribers and Times loyalists might not ever read the New York Times. They might only listen to our audio reports, and we think that’s great.”

The Times doesn’t care how its readers consume its content, as long as they subscribe. Digital revenue surpassed print earnings for the first time last quarter, and the company added 669,000 net new digital subscribers during the quarter, according to the company’s earnings release last week. Overall in the quarter, the Times brought in $185.5 million in digital subscription and ad revenue and $175.4 million in print revenue. The Times did not disclose how much of that digital revenue was generated by its audio efforts.

With digital earnings steadily outpacing print, it’s no wonder the Times is looking to grow its online audio business. Its advertising business is floundering, and ad revenue dropped 43.9% compared to the second quarter last year. In the first quarter, as the pandemic began, the Times saw its ad revenue decrease 15.2% annually.

A push to recruit younger audiences is reflective of a growing trend across news media, and podcasts provide a steady pool of listeners. In its March report on annual podcast trends, Edison Research found that 76% of Americans aged 35-54 reported listening to audio online during a given month, up from 69% in 2018.

That’s compared to a flatter curve for Americans aged 12-34 — 86% reported listening to online audio in 2020 compared to 85% two years prior. Within that age demographic, listeners ages 18-34 are the sweet spot for podcast advertisers: They tend to be the most comfortable engaging with host-read ads and online promotions.

“What we observe about people who listen to all of our podcasts is that they kind of look like the person we think of the classic New York Times customer — a smart, curious person who wants to understand the world — but they’re younger,” New York Times vice president of television and audio Stephanie Preiss told TheWrap, adding that podcasts tend to attract audiences that are more likely to try new technology and apps. “That leaves us to think of audio as letting us reach that same smart, curious audience that we view in text and introduce them to more of what we have to offer… Audio can serve as an entry point to Times journalism in that way.”

Preiss said the Times consistently tries to recruit paid subscribers by producing audio that people habitually keep coming back to listen to.

“We think that we’re building a habit with our audience that puts them into a loyal relationship with the Times, and ultimately, we hope, one day that audience will pay for what we offer,” Preiss said. “Even as a free podcast, ‘The Daily’ has shown it can help drive our consumer subscription business by acting as an entry point for people to Times journalism.”

For the record: A previous version of this story misstated when managing editor Neil Drumming joined Serial Productions. He was hired in February 2020.