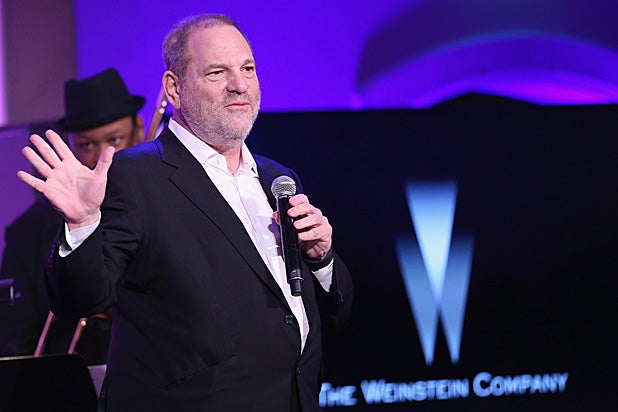 For the past two weeks, Harvey Weinstein has been hunkered down with lawyers, advisers and supporters trying to fight his way out of career-threatening allegations that he engaged in decades of sexual misconduct.

Despite a stilted statement of contrition on Thursday combined with an unusual vow to go after the National Rifle Association, Weinstein is said to be combative, unwilling to accept responsibility and eager to go after The New York Times for its bombshell report that at least eight women received monetary settlements after making claims of inappropriate behavior by him over the last several decades.

Weinstein’s statement of contrition was written by lawyer Lisa Bloom and not by Weinstein himself or anyone at the company, according to a company executive who declined to be identified.

Inside the company’s New York headquarters on Thursday, executives and other staffers were said to be in a state of shock. The news was all the more upsetting since many top Weinstein executives are women.

According to an individual familiar with the situation, senior executives  including Harvey’s brother and co-founder, Bob, were “floored” by many of the details in The New York Times story — including actress Ashley Judd’s claims that Harvey had sexually propositioned her two decades ago.

While many believed he strayed outside his marriages, the individual said, senior executives were not aware of the many payoffs to make allegations of sexual harassment go away.

The company took seriously female staffer Lauren O’Connor’s 2015 memo alleging sexual advances, the insider said, but then dropped the matter when the complaint was withdrawn within 48 hours.

At an emergency meeting of TWC board on Tuesday, board members pressed one of Weinstein’s lawyers for how many payoffs there had been over the  year and were told “eight to 12,” the individual said. The New York Times only cited eight payoffs.

At that meeting, the board decided to ask Weinstein to take a leave of absence, the individual said.

All the payoffs were made by Weinstein personally, not by the company, according to the insider — which might explain why top executives were unaware of the scope of the issue.

When the company first learned of the Times’ investigation several weeks ago, the individual said Weinstein was advised to get ahead of the story by writing an op-ed and acknowledging past misconduct.

Instead, the insider said the mogul decided to hole up with his lawyers David Boies, Lisa Bloom and Charles Harder and try to fight the story — a combative stance to public controversy that has previously served him well.

According to at least two executives, Weinstein has not been seen at his Tribeca headquarters in about two weeks.