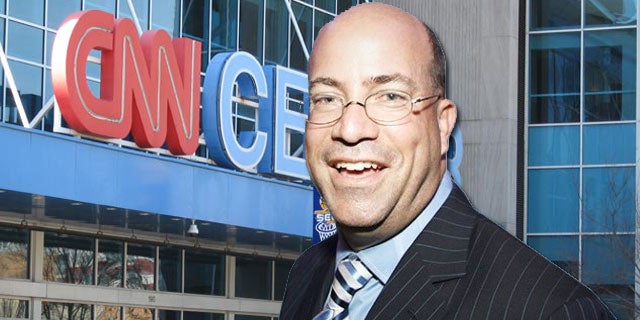 Zucker said he’d look into it. But the next questioner circled back to the same issue, and then a third one did, too.

At CNN, when editors assign stories to reporters and producers, the budgeting process requires them to count the employees' salaries against their newsroom budgets. The result is that editors often choose to save money by passing on the story pitch — or by taking the same idea but using guest talking heads instead. The reporters and producers are paid anyway. But the result is fewer reported stories and hoarded budgets.

The budgeting issue is symptomatic of what insiders say is a cheapskate culture at CNN that Zucker will have to change if he is to succeed at turning the news network around.

Current and former employees bemoan a deep-seated aversion to spending. “The biggest sin at CNN is spending money,” said one former executive to TheWrap.

“Ted Turner always used to say the news is the star. That was a way not to spend any money. Now they’ve got cheapness baked into their bones. They began to value it above all else.”

Read also: Jeff Zucker at CNN: Back to Doing What He Does Best? The executive recalled a discussion among editors when the South Asian tsunami hit in 2005. The first instinct was not to send Christiane Amanpour, the network’s star foreign correspondent (who they now share with ABC), to the region but instead to use the folks already based in Malaysia who would be “good enough.”

The nickel-pinching culture is, this executive said, one reason why Anderson Cooper is on twice a night, at 8 and 10 p.m. Why pay another anchor when Anderson can do it?

Or take Soledad O’Brien (above right). The former morning anchor had been moved to documentaries where she was finding success. But she was moved back to an anchor position, taking on “Morning Joe,” in part because the top brass couldn’t stand paying her an anchor salary for less intensive work. “Ken Jautz was always offended that we didn’t cut Soledad’s salary when we took her off the anchor job,” said this executive. The attitude was, ’We’re paying her all this money, let’s get something out of her.’ But given the rating, it will end up losing money.”

So what about the popular Jautz (left), who replaced Jon Klein as president of U.S. operations?

Several say that former HLN chief represents this thrift-first mentality. In addition to the budgeting practice, which was instituted about five years ago, was the dividing of executive responsibilities for news-gathering, editorial functions and programming after Klein departed. Insiders say those key pieces of a news organization have to be deeply integrated and that the news-gathering has suffered from this division of focus.

“Every newsroom has to be pennywise” the former executive told TheWrap. “That’s how it’s been for the last 20 years in newsrooms. However, you can never let that drive your editorial position.”

A CNN executive disputed that Jautz took that approach and protested that the executive has, to the contrary, been pushing his bosses for a bigger budgets, to no avail. The CNN executive said that Jautz does not have the power that Zucker does.

True enough. But even the CNN executive did not deny the deeply ingrained culture.

CNN makes plenty of money; the network is constantly reminding journalists of that fact when they talk on background.

And if Jeff Zucker really does have a mandate to create an identity, to start reporting stories in between the tsunamis and the hurricanes and the Middle East revolutions, he’ll need to start by changing something deep in the network’s DNA.