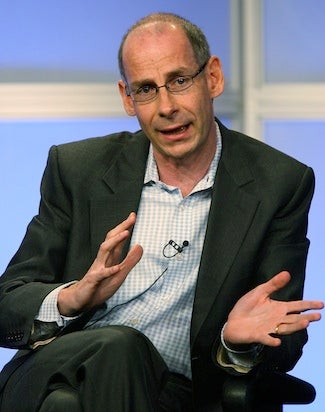 The industry was buzzing Monday with the news that Ben Sherwood would replace Anne Sweeney as the head of Disney-ABC’s television properties — and just 24 hours later it’s pretty clear that Sherwood’s replacement will almost definitely be James Goldston.

Insiders told TheWrap that Goldston is an all-but-guaranteed successor to Sherwood as the head of ABC News. One insider assigned it a “95 percent certainty,” while another emphasized that it would be a complete shock for any other candidate to land the job.

That said, the interview process is legitimate and not a dog-and-pony show, one individual stressed to TheWrap.

Sherwood praised Goldston, currently Senior Vice President of ABC News and his No. 2, during an interview Monday with TheWrap.

“We’ve got a great bench at ABC News of very strong leaders,” he said. “James has been a pivotal part of our team, a trusted advisor, and has helped lead the turnaround at ABC News. I’m fortunate that we’ve got such a strong bench, but that’s not for today. My successor there is not for today.”

Previously Goldston served as the senior executive producer for “GMA.” In his current SVP role, Goldston oversees all ABC News programs, as well as its executive producers. He also manages the development of new programs for the network.

He joined ABC News in 2004 and found success with “Nightline” and “This Week” before moving on to “GMA.” The British producer formerly worked at the UK’s flagship ITV show “Tonight” and produced the documentary, “Living with Michael Jackson.”