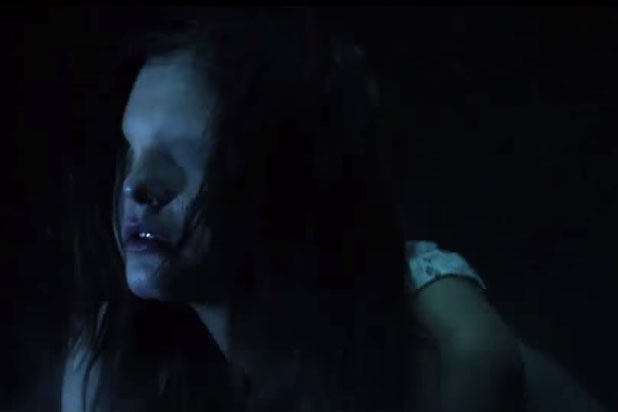 The R-rated comedy from Fox and the PG-13 creeper from Focus Features’ Gramercy Pictures open their bids to knock off Dwayne “The Rock” Johnson’s “San Andreas” on Friday.

“Spy” and “Insidious: Chapter 3” were virtually tied after Thursday night, though the not-very “late shows” for the raunchy comedy began at 5 p.m. and the horror film’s started at 7 p.m.

Also in the picture this weekend will be “Entourage,” the R-rated big-screen version of the HBO TV series, which took in $2 million on Thursday. That’s roughly what it did in early shows Tuesday, and its total is $7.3 million after two days for Warner Bros.

Also Read: Why 'Entourage' May Find Itself Outside the Velvet Rope at Box Office

“Spy,” which reteams McCarthy with director Paul Feig, is projected to win the weekend with north of $35 million for Fox and Chernin Entertainment. Blumhouse Productions’ “Insidious: Chapter 3” is looking at around $25 million for Focus Features’ new niche label Gramercy Pictures, with “Entourage” behind that over five days.

The current No. 1 film “San Andreas” will be in 3,777 theaters and brought in $3.5 million to lead Thursday. The PG-13 earthquake epic is up to nearly $73 million domestically and $130 million worldwide for Warner Bros.

When it comes to reviews, “Spy” has an edge. It’s at 94 percent positive on Rotten Tomatoes, compared to the 60 percent of the Leigh “Insidious” and the 38 percent of “Entourage,” which received an “A-” CinemaScore from first-night audiences on Wednesday.

“Spy” is also the most expensive of the three films, with a $65 million production budget. “Entourage” cost $27 million and “Insidious: Chapter 3” was made for less than $5 million.

“Spy,” which co-stars Jason Statham, Jude Law and Allison Janey, was leading advance ticket sales Thursday morning at Fandango, ahead of “Insidious: Chapter 3,” which was written and directed by Leigh Whannell and stars Dermot Mulroney.

“Entourage,” written and directed by Doug Ellin and starring Adrian Grenier and Jeremy Piven, was leading advance sales at Movietickets.com.