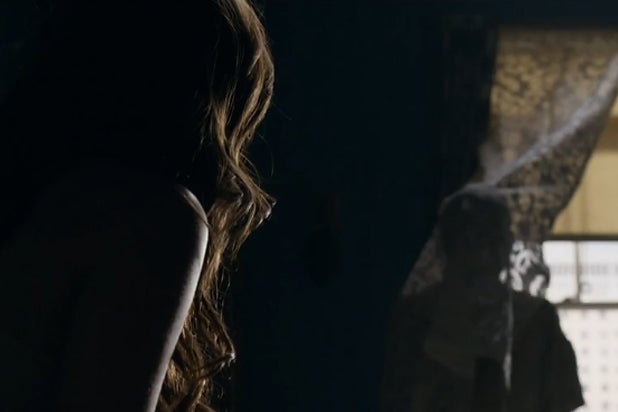 You never know who’s knocking on the other side of the wall.

In the first trailer for horror threequel “Insidious: Chapter 3,” a teenage girl thinks she’s playing a flirty game with a neighbor who’s got a crush on her, but it turns out to be something a lot scarier.

“Chapter 3” of Blumhouse’s “Insidious” horror films is actually a prequel, following psychic Elise Rainier (Lin Shaye reprising her role) as she uses her abilities to help the young girl (played by Stefanie Scott) and her father (Dermot Mulroney) after they come under siege from paranormal forces. Patrick Wilson and Rose Byrne starred in the first two films.

Also read: ‘Fast & Furious 7’ Will Kick Off Summer Next Year, ‘Insidious 3’ Moves to May