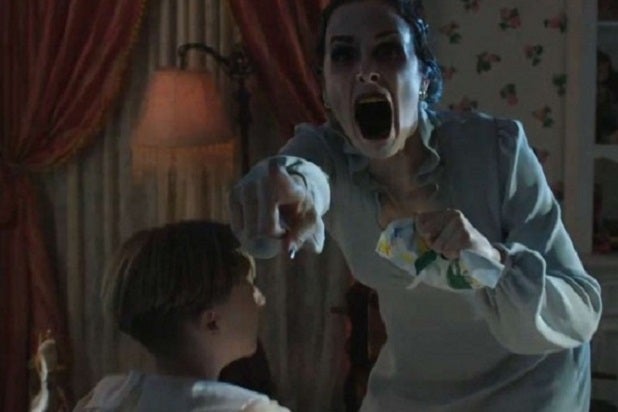 Universal Pictures has moved Blumhouse’s “Insidious: Chapter 4” to a January release slot, according to a slate announcement the studio released Thursday.

The fourth installment in Leigh Whannell and James Wan’s horror series will now be released on January 5, 2018, a slot that was originally listed for an untitled Blumhouse film.

The film’s previous release slot on October 20 will now be filled by “Half to Death,” a thriller also produced by Blumhouse.

Also Read: 'Fate of the Furious': How Much Gas Will It Have in 2nd Weekend at Box Office?

Written by Whannell and directed by Adam Robitel, “Insidious: Chapter 4” will feature the return of Lin Shaye as Dr. Elise Rainier, the parapsychologist and longtime protagonist of the series, who must use her demon-fighting skills against evil spirits that are now plaguing her own home.

Wan and Blumhouse CEO Jason Blum are producing the film with Oren Peli.

Sony Pictures Worldwide Acquisitions is financing, and domestic distribution will be handled by Universal Pictures.  Sony will handle international distribution.

“Half to Death” will star Jessica Rothe (“La La Land”) as a murdered college student who finds herself reliving the last day of her life on an endless loop until she discovers her killer’s identity.

The release date shift comes after a very fruitful winter for Universal and Blumhouse’s first-look partnership. Blumhouse’s January release this year, “Split,” became a surprise hit after it grossed $274 million worldwide against a $9 million budget.

Blumhouse followed that up the following month with “Get Out,” which received near-unanimous critical acclaim and became the first debut title from a black writer-director to make over $100 million by grossing $168 million domestic.

Blumhouse has released sequels for their stable of horror franchises in January in the past, with “Paranormal Activity: The Marked Ones” grossing just under $91 million against a $5 million budget back in 2014. But that film was released by Paramount, making “Insidious” the first Blumhouse sequel released in the first quarter under Universal.

With this move from the Halloween season to January, it seems that “Split” has shown Universal there is potential for more horror success in what was once seen as a dumping ground on the movie calendar.