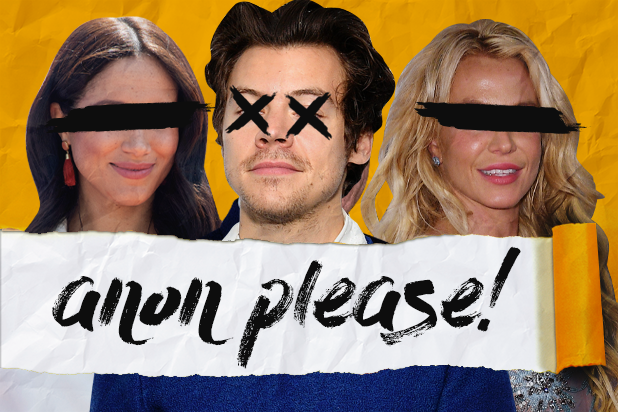 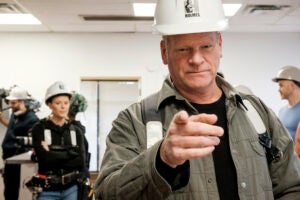 ”People love to see themselves show up somewhere, even if their actual name is not credited. That is the weird effect of social media,“ Lainey Gossip founder Elaine Lui says

Did you know that J. Lo (supposedly) has a clause in her contracts requiring 90 beauty items, 28 of which are for hair products alone? Or that a certain A-list female celeb (allegedly) has a burner account on Twitter dedicated to… photos of other celebrities’ knees?

Before you ask, no, none of this is verified. But that hasn’t stopped more than 800,000 people from following @deuxmoi, a private-but-not-really account on Instagram that began crowdsourcing and sharing original celebrity gossip last March. But @deuxmoi isn’t the only online account spilling the tea; there are dozens of celebrity gossip accounts with massive followings on social media that are reinventing gossip culture. And the phenomenon gained new currency earlier this year when the anonymous Instagram account @houseofeffie first surfaced accusations against Armie Hammer that led him to drop out of two film/TV projects and publicly deny accusations of rape. (More on that in a moment.)

Before this latest wave, there were the gossip blogs established in the early 2000s — like Perez Hilton, Lainey Gossip and Crazy Days and Nights — that injected more snark into the traditional tabloid media landscape. TMZ and other online tabloids also emerged and gained a reputation for a more aggressive approach to unflattering celebrity news and paparazzi photos than their print forebears.

“If things are around long enough, something new comes along, and it just connects with people,” Perez Hilton, a longtime online gossip purveyor, told TheWrap. “And I’m all for that.” 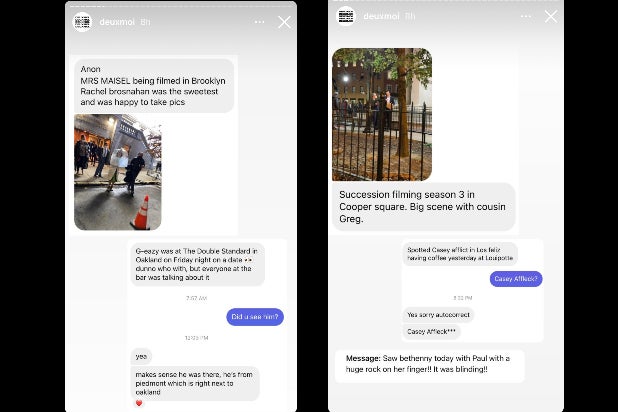 When @deuxmoi officially launched as a gossip account, it was the perfect time for random celebrity whisperings. With the start of the pandemic, many people were left cooped up at home and in need of something — anything — to serve as a distraction with the loss of nearly all social interactions and events and the increasingly horrific news coverage about the damages wrought by COVID-19.

The anonymous woman behind the account — speaking to the 45,000 people following @deuxmoi when it used to be attached to a style blog launched in 2013 with the same made-up French name — asked her followers for celeb stories. And so it all began, she told outlets like Vanity Fair and Elle. (The account manager behind @deuxmoi did not respond to an interview request for this article.)

“This is definitely more lighthearted entertainment,” the anonymous woman behind the account told Paper magazine last August. “I try to create narratives with the information I’m given, so if I get a bunch of stories about a certain celebrity doing something over and over again, I try and post things that support that. But it might be something really stupid, the dumbest thing. To me that’s more fun than reading the same cheating or drugs story over and over. After a while, there’s no shock value.”

Indeed, perusing @deuxmoi’s Stories on a recent afternoon yielded dozens of celebrity sightings, including Harry Styles at Nobu Malibu, Mary Kate Olsen at the Museum of Modern Art and Anna Wintour at Pastis — without her sunglasses on. There were also posts about actors seen filming, including a photo of Rachel Brosnahan shooting “The Marvelous Mrs. Maisel” in Brooklyn, a short video of Natasha Lyonne filming “Russian Doll” in NYC’s Astor Place and a photo of Nicholas Braun in Cooper Square for Season 3 of “Succession.” Supposedly.

Also Read: 'The Bachelor': Matt James Has Already Broken Up With His Final Choice

But there’s also a hunger for stories about negative celebrity interactions, such as an A-lister being rude to servers at a restaurant or, worse still, serious accusations of sexual misconduct against famous actors.

The most prominent example came just this year when Hammer was accused of emotional, physical and sexual abuse. Before any of the major tabloid publications picked up the story with on-the-record accusations, serious claims were shared on the Instagram account @houseofeffie, which posted screenshots of DMs that Effie claimed the actor had with unnamed women.

Those posts led to speculation over whether Hammer had a “cannibal” fixation, as he appeared to say in one DM. Last week, the woman behind the account came forward to say she had an extramarital affair with Hammer for four years and accused him of violently raping and assaulting her in 2017. Hammer has denied accusations of misconduct and, through his attorney, said all his sexual relationships were “consensual.”

Also Read: Armie Hammer Accused of Rape and Banging a Woman's Head Against a Wall in 2017

And that’s where unverified gossip accounts like @deuxmoi — which reshared some of @houseofeffie’s posts about Hammer but did not share any accusations firsthand — may find themselves in a legal gray area.

Already, at least one Instagram gossip account has been sued for its posts. Earlier this month, the two people who run the fashion industry Instagram “watchdog” account @diet_prada revealed that they have been battling a roughly $4.7 million defamation lawsuit from Dolce & Gabbana since 2019. 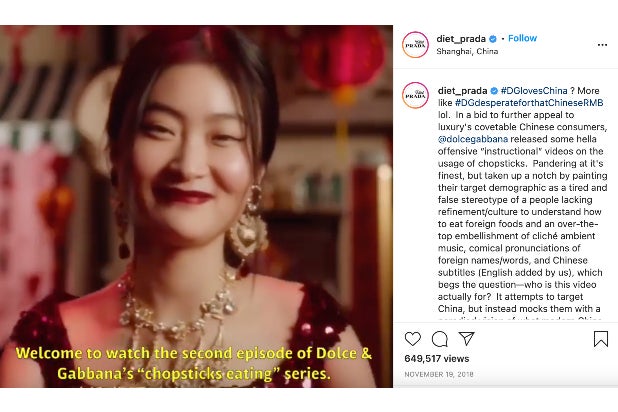 DietPrada, which launched in 2014 to call out copycats in the fashion industry but has since taken on more serious issues like sexual misconduct accusations against top designers and racism in the industry, had criticized Dolce & Gabbana in 2018 for advertisements that mocked Chinese accents and depicted a Chinese woman not knowing how to eat Italian food with chopsticks.

The account also posted screenshots of DMs that it claimed had come from Stefano Gabbana spewing racist commentary about China. (The designer has claimed his account was hacked.) Still, the ads and alleged DMs led to public backlash from prominent Chinese models, celebrities and users on social media, and the designer brand was compelled to cancel its show in Shanghai.

“There will be a watershed moment, which hasn’t yet happened,” Ben Widdicombe, the editor-in-chief of Avenue magazine and the author of the gossip memoir, “Gatecrasher,” told TheWrap. “What it’s going to take is Taylor Swift suing someone. And I believe that might happen.”

The woman who runs @deuxmoi has said she has consulted a lawyer and is careful to block out the names of celebrities for any tips that include salacious details. “I make some of the stories blind because sometimes the information given is sensitive. I have also said I do not research these stories, so if I am blocking out info, it is for a reason,” the woman behind the account told her followers. “Also, idk maybe like use your brains a little and try to figure it out.”

As a result, there are whole Subreddits and Facebook groups dedicated to dissecting blind items shared on these new gossip account, where more zealous internet sleuths can come to their own conclusions about the identity of that celebrity with a popular TV show. And there is a similar online hunt underway to reveal who is behind @deuxmoi. She has not publicly been unmasked, so to speak, but she appears to be based in New York City and had a career in fashion. 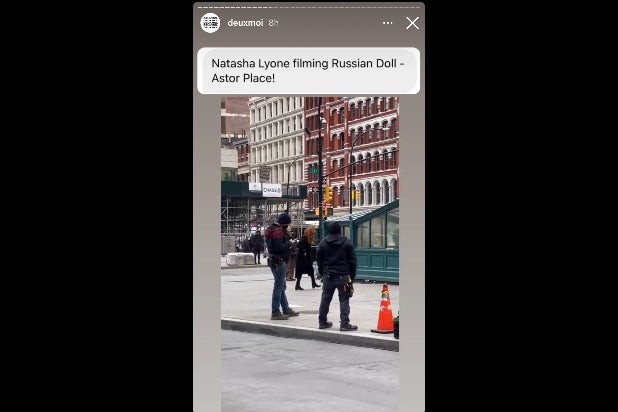 But where accounts like @deuxmoi shine is in chronicling the seemingly mundane celebrity sightings and encounters that wouldn’t necessarily be covered in a traditional tabloid media outlet, according to Lui. “Not every tip and every story on @deuxmoi is level 10 gossip. Sometimes it’s level one gossip, like, ‘I saw this person go to a coffee shop and they ordered three donuts.’ I like gossip items like that because they fill in personality. Wow, The Rock orders three donuts? I’m interested in that. What kind of donuts does The Rock order?” Lui said. “These are the small details that are actually perfectly suited for social media.”

While sites like Lainey Gossip do post about celebrity sightings, Lui said her approach to gossip is more journalistic. “Like any news story, I want a beginning, middle and end. I want it to be accurately reported. I hope that there are follow-up questions that are asked from the reporter’s perspective to really get the whole picture,” she said. “If I got a tip, I would actually go and verify it with hopefully at least one more, if not multiple, sources.”

But that may also be the appeal for tipsters to go to a gossip account on social media, rather than a gossip news outlet or tabloid, because they can see their gossip posted without having to go through the journalistic vetting process. “I worry sometimes that there’s no room for that on TikTok and Instagram, where it’s really for the quick rush of it,” Lui said. “I hope that as gossip and the proliferation of it on social media evolves, the creators and the content managers will start to think about that more and start to expand the breadth of the story.”

The fact that in-the-know readers prefer to send tips to an Instagram account than a traditional tabloid like Page Six speaks to a “generational phenomenon,” according to Widdicombe. “That’s evidence that the gossip account means more to them than Page Six does,” said Widdicombe, who has previously worked for Page Six and TMZ. “If you’re a younger person, you want to see it in @deuxmoi because you’re reading it and all your friends are reading it. And let’s face it, you’re not reading Page Six if you’re not in New York City. And, indeed, people under 30 in New York City may not be reading Page Six either.”

There’s also a desire to feel part of a community of really engaged fans. “Ultimately, it also tickles a little bit of a thrill,” Lui said. “People love to see themselves show up somewhere, even if their actual name is not credited. That is the weird effect of social media.”

That shift has not gone unnoticed among more established online gossip sites. “There was a whole cohort of us OG gossip bloggers and that’s where lots of people got their gossip. And now it’s evolved where, yes, some of us still hope to remain relevant in the area, but now also TikTok and Instagram are providing that service,” Lui said. “I don’t think you can put the genie back in the bottle.”

It’s now been one year since the woman behind @deuxmoi first asked her followers to send in gossip on March 18. Her account has a number of celebrity followers, including Gigi and Bella Hadid, and it’s only a matter of time before the account’s 824,000 followers turns into 1 million. It’s also likely that interest in this specific account could dwindle, especially if most of the gossip shared is too mundane, even for the avid gossip consumer. If that does happen, another gossip account will be ready to take its place.

“What will happen to most of them is their influence will likely wane over time, and the new thing will pop up and a new competitor doing the same type of thing will burst on the scene and get people’s attention,” Hilton said. “It’s hard being in the influencer world, which is what these accounts are. It’s just a different way of looking at it — they’re influencers. It’s a tough, brutal business.”