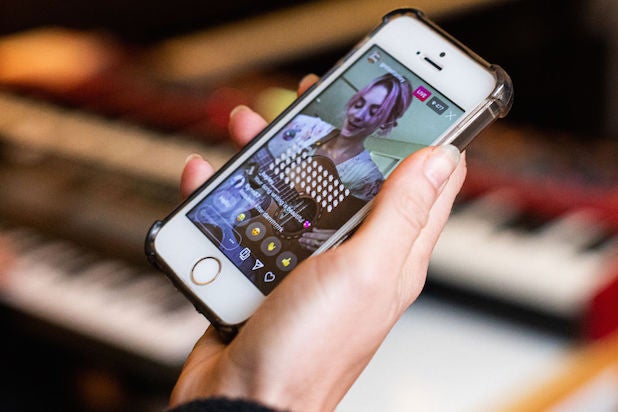 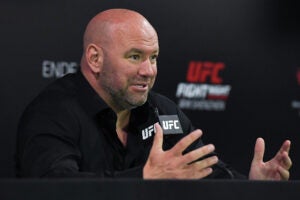 Why the UFC Wanted to Keep Fighting During the Coronavirus Pandemic

”Influencers are using it to connect with followers in what feels like an inner-circle, authentic and organic way,“ says James Creech, CEO of Paladin

In the last month, Instagram Live usage has skyrocketed as the vast majority of the country operates under state or local stay-at-home orders.

If you have the app, you’ve probably seen a spike in notifications. One person familiar with Instagram’s internal data told TheWrap there was a 70% surge in people using Instagram Live in mid-to-late March compared to February.

It’s a trend also seen in other regions of the world struggling to deal with the coronavirus pandemic: Facebook VP of Analytics Alex Schultz recently said Instagram and Facebook Live viewing had more than doubled in Italy, for example.

In the entertainment industry, everyone from celebrities to showrunners have taken to the platform to engage with followers while “sheltering in place.” “One Day at a Time” co-showrunner Gloria Calderon Kellett used the feature this week to connect with fans following the latest episode on Pop TV.

Celebrities have also really leaned into the feature in recent weeks. Reese Witherspoon, Lena Dunham, Justin Bieber, former “Scrubs” stars Zach Braff and Donald Faison, and countless stars from “The Bachelor” — just to name a few people — have been using live while on coronavirus lockdown.

It doesn’t always go great, however. Actress Vanessa Hudgens also made headlines last month when she went on Instagram Live and shared her skepticism over stay-at-home orders.

“I’m sorry, but like, it’s a virus, I get it. I respect it,” Hudgens said. “But at the same time, like, even if everybody gets it, like, yeah, people are gonna die. Which is terrible, but like, inevitable? I don’t know. Maybe I shouldn’t be doing this right now.”

Hudgens later walked back her comments.

On the business side, Live Stories are a way for influencers and their brand partners to funnel users back to their feed, where they can promote products.

“From a content standpoint, most of the content is ephemeral. Instagram stories drive viewership to the timeline feed,” said James Creech, CEO of Paladin, a company that specializes in influencer marketing. “So we see stories as a way to share snapshots of your daily experience, and influencers are using it to connect with followers in what feels like an inner-circle, authentic and organic way — and brands like to tap into that.”

Still, just because Instagram views are up doesn’t mean all users have enjoyed the spike in live content.

“Everyone is doing it,” Laney DeGrasse, a 24-year-old from New York City, told TheWrap about Instagram Live. “But it’s been pretty annoying.”

The seemingly nonstop notifications that one of your friends has “started a live video” has not only been frustrating for some users but may also explain why views are up a bit: There are so many notifications, people often end up unintentionally clicking them. This can make things a bit uncomfortable, since Instagram Live shows which followers are watching a livestream.

“It’ll be someone I haven’t talked to in years,” DeGrasse continued, “and I’ll accidentally click on [their live notification] and I’ll be the only one watching it. It’s awkward.”

Also Read: How FaZe Clan Snagged Investment by Jimmy Iovine During a Pandemic

Instagram lets users turn off push notifications for live videos, but even then, users will often still see a flood of Stories along the top of their screen, showing who has recently gone live. The craze has led some users to simply throw in the towel, at least for the time being.

“I deleted the app,” Zach Davis, a 28-year-old from San Francisco, told TheWrap. “Not only was I being bombarded with live Stories, but they all blend together right now! Everyone is doing the same thing — staying inside.”

“I think in times like this, and when times get tough, [celebrities are] turning to Instagram to connect with fans to, first, help get out really good information like washing your hands and staying home and the next phase now, which is coming together with the community,” Charles Porch, Instagram’s head of global partnerships, told NBC News.

Whether it’s for altruistic reasons, business reasons, or a little of both, live Stories don’t look like they’ll be slowing down anytime soon. If you’re one of the people who is already tired of the notifications, consider yourself warned.

Trey Williams and Samson Amore contributed to this story.