Ready to watch a new film from the “Bodies Bodies Bodies” team of director Halina Reijn and A24 this week? 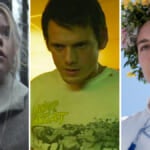 “Instinct” will screen as part of a double-feature with “Bodies Bodies Bodies,” the incredibly Gen-Z whodunnit slasher movie that debuted over the summer and made a nearly $12 million at the domestic box office.

Technically Reijn’s debut feature, since she made it before “Bodies Bodies Bodies,” “Instinct” stars Carice Van Houten as a criminal psychologist who falls for a dangerous sex offender (Marwan Kenzari) who is about to be released from an institution. The movie was warmly reviewed, currently sitting at an 80% freshness rating on Rotten Tomatoes.

Reijn wasn’t the first filmmaker to attempt to tackle “Bodies Bodies Bodies;” the road to production on this relatively straightforward little horror comedy was a complicated one. A24 first secured the rights to a spec screenplay from “Cat People” writer Kristen Roupenian in 2018 and in 2019 assigned Chloe Okuno to re-write the script and direct. By 2021, a cast had been set and Reijn was now going to direct from a script by Sarah DeLappe (Roupenian has a “story by” credit). Okuno’s excellent thriller “Watcher” ended up coming out around the same time as “Bodies Bodies Bodies” (you can watch it now on Shudder). 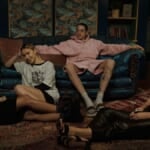