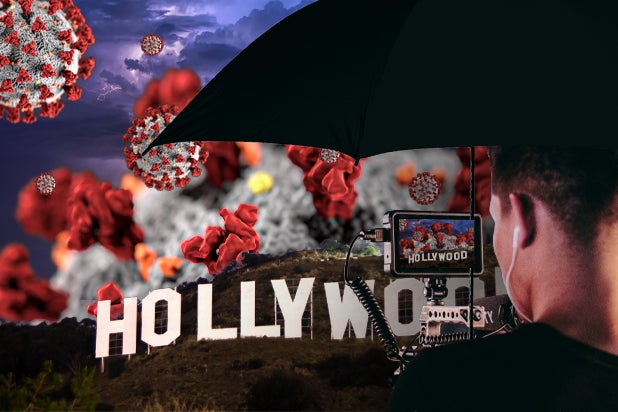 Hollywood Insurers Are Changing Rules for Film, TV Production Policies – and Facing Lawsuits as a Result

Not only have insurance companies that have covered film and TV productions for decades stopped writing new policies, but many are refusing extensions to previously issued policies due to pandemic-related shutdowns or are finding loopholes to cancel coverage.

As a result, productions have begun filing lawsuits over the dropped coverage. Hoosegow, a production company that is producing the upcoming Ben Affleck thriller “Hypnotic,” sued Chubb National last month and argued that Chubb reneged on the terms of its Film Producers Risk policy “to protect the insured should events preclude or disrupt the production of a motion picture or television show.”

When “Hypnotic,” a Solstice Studios film written and directed by Robert Rodriguez, delayed its planned April shoot start due to the pandemic, Chubb refused to extend the policy although it had expressed in writing that the policy period would be extended. “Chubb National’s conduct constitutes a breach of the insurance policy, violates the implied covenant of good faith and fair dealing, and is fraudulent,” the suit says. (A rep for Chubb declined to comment on the suit.)

According to Kirk Pasich, one of America’s leading lawyers in insurance and business who filed the suit, insurers are finding other ways to get around production insurance policies that they signed before the pandemic exposed them to serious, and seriously expensive, claims.

Some insurers are using cast exams, which are required for cast insurance, to put a restriction on the policy. Normally, carriers only put a restriction on the policy if a medical exam shows a predisposed illness that might delay the shoot. While insurer used to carve out exceptions “if this cast member can’t perform because of his/her predisposed condition,” Pasich said, now they are trying to exclude all COVID-related illnesses from coverage.

A second sore spot is policy expiration dates. Since virtually all film and TV shoots have been suspended since March, some productions may bump up against the one-year expiration date on their policies — including “Hypnotic,” Pasich said. Instead of offering extensions with the same rate and premium, he said, insurance companies are now selling new policies with COVID exclusions.

A third issue for TV productions is that many networks are increasing episode orders for any show they are able to get into production — but insurers are treating that as a significant change that requires a whole new policy with COVID exclusions, rather than extending the original policy for a few additional episodes.

For insurers, the policy changes are necessary because the prospect of absorbing the costs of COVID-related production losses could be financially ruinous. Bob Jellen, managing director at top insurance brokerage HUB International, told TheWrap that the industry is looking at losses in the billions in the Hollywood and live events businesses alone.

A rep for Allianz Global Corporate & Specialty (AGCS), one of the world’s leading insurance companies, said they “do not comment on pending litigation.” Spokespeople for Chubb and Allen Financial Insurance Group also did not respond to TheWrap’s request for comment.

But while it’s understandable that insurance companies are trying to recover losses while also mitigating their risks for future contracts, Pasich said carriers were warned about pandemics in 2006 but market competition prevented them from excluding pandemics in coverage — until now.

“They were betting a pandemic wasn’t going to hit, they were betting that many years would pass or that a pandemic wouldn’t get out of control, so they would have enough money to protect themselves,” he said. “We haven’t had a country shut down since 1918. That’s the nature of insurance, they get paid to assume a risk.”

Now that a pandemic has hit, producers are asking carriers to honor their previous commitments.

“The claims are very simple: We say, ‘No, you have to honor the terms of this policy so you don’t get to add a COVID exclusion unless someone has COVID.’ The history says if the production is delayed, the policy is automatically extended,” Pasich said. “There are dozens and dozens and dozens of production companies who are affected from this and I’m probably understating this.”