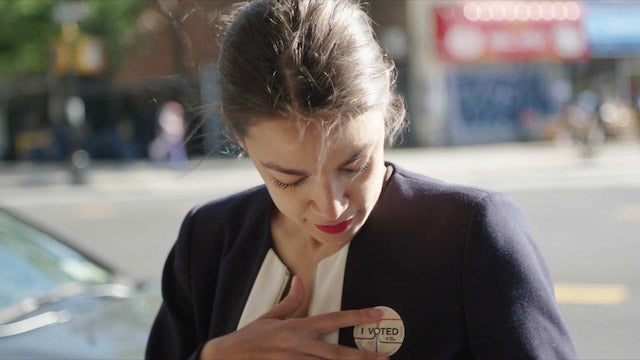 "Knock Down the House" / Netflix

Freida Lee Mock will receive the International Documentary Association’s Career Achievement Award, and “Knock Down the House” director Rachel Lears will be given the Emerging Doc Filmmaker Award at the 2019 IDA Documentary Awards, the IDA announced on Monday.

In other honorary awards, the Reporters Committee for Freedom of the Press, which provides pro bono legal representation for journalists, will receive the Amicus Award, an honor that goes to an individual or organization that supports nonfiction filmmakers. Cinereach, a nonprofit film foundation, production company and film funding organization based in New York, will receive the Pioneer Award.

The awards will be presented at the 35th Annual IDA Documentary Awards, which will take place at Paramount Studios in Los Angeles on Saturday, Dec. 7.

Mock won the Academy Award for her 1994 documentary feature “Maya Lin: A Strong Clear Vision.” She was also nominated for Oscars for four short docs, “To Live or Let Die,” “Rose Kennedy: A Life to Remember,” “Never Give Up: The 20th Century Odyssey of Herbert Zipper” and “Sing!” Her other films include “ANITA – Speaking Truth to Power,” about Anita Hill, and the upcoming “RUTH: Justice Ginsburg in Her Own Words.”

Lears had one of the most celebrated films at this year’s Sundance Film Festival with “Knock Down the House,” her chronicle of four working-class women, including Alexandria Ocasio-Cortez, running for office against competition from entrenched political machines. She was nominated for an Emmy in 2017 for “The Hand That Feeds.”

The IDA will announce short lists in its feature and short-film categories on Thursday, Oct. 10 and will reveal this year’s nominees on Oct. 23.