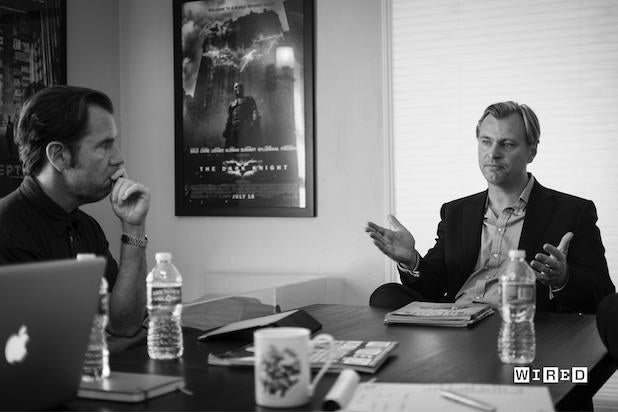 “Interstellar” co-writer and director Christopher Nolan just blew moviegoers’ minds, and hopes to do the same for those reading next month’s issue of Wired magazine

Editor in chief Scott Dadich announced on Monday that the filmmaker would be guest editing the December issue, hitting newsstands on Nov. 25.

Nolan completely reimagined the structure of the magazine, and built the issue around five dimensions, which is keeping in its theme dedicated to time, space, and multiple dimensions.

Also read: Jessica Chastain on 'Interstellar' vs. 'A Most Violent Year' PR Battle: 'Don't Ask Me to Choose One Movie Over Another'

“Christopher Nolan is a master storyteller,” Dadich, who promised “truly mind-warping stories,” wrote in a statement . “We wanted to give him license to create a magazine version of the kind of rich, detailed, and complex worlds he builds for his films.”