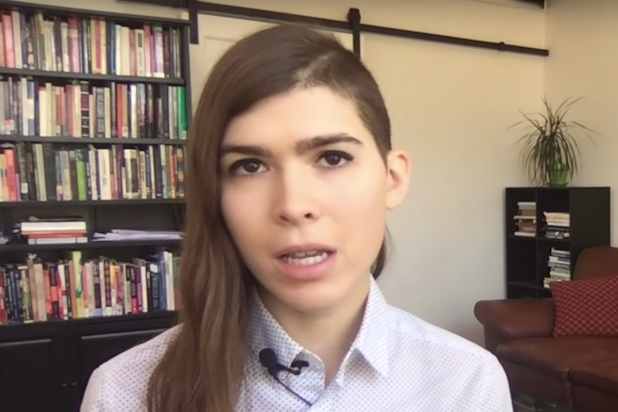 The editor of the LGBT website INTO on Tuesday apologized for a post that called Ariana Grande’s new music video “anti-queer,” saying the story “should never have been published.”

INTO also formally cut ties with the post’s writer, transgender activist Eli Erlick, after the site’s management became aware of several unspecified “allegations made in the past” about her.

“Given the seriousness of these allegations, I personally spoke with the writer and immediately launched an internal investigation,” INTO Editor-in-Chief Zach Stafford in a post Tuesday afternoon. “INTO was not aware of these until Monday after publishing. And the writer will not be contributing to INTO for the time being.”

INTO previously removed Erlick’s byline from the piece, citing “numerous death threats” she said she had received after the post went live on Monday. Erlick has also written for Teen Vogue and HuffPost.

The public note of apology from Stafford came publishing a widely panned commentary that declared Grande’s “thank u, next” video to be “virulently anti-queer” and “transmisogynistic.”

The article “did not meet the editorial guidelines we created,” Stafford said in his apology Tuesday. “We as editors failed the writer by not working with her to ensure the piece met our standards. And for that I am personally sorry.”

INTO is owned by the gay dating app Grindr.