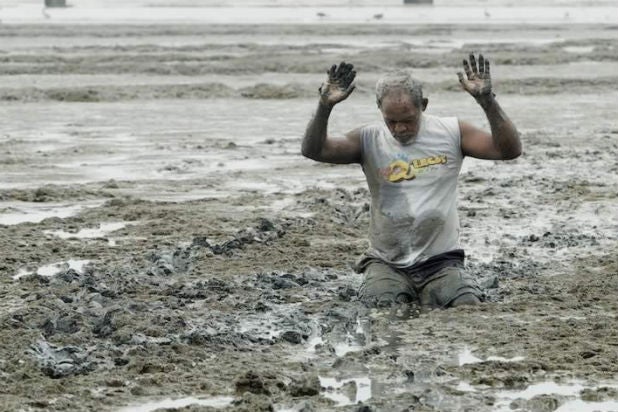 Panamanian director Abner Benaim’s documentary “Invasion” made its world premiere Sunday at the International Film Festival of Panama (IFF Panama), wowing audiences with its hard-hitting exploration of the U.S. invasion of Panama to take out Noriega – an event that most Panamanians seem all to quick to forget.

In the Panamanian/Argentinian coproduction, Benaim interviews Panama City residents directly impacted by the midnight invasion that occurred around Christmas 1989. Bombs were dropped in a wide radius around the Noriega complex, leveling houses, starting fires and killing innocent people.

According to the film, we’ll never know how many were killed and wounded, but estimates are in the thousands. The morgue records of the days following the bombings were ripped out of the record books, according to a medical examiner on duty the night of the attack. And scores of people are still unaccounted for.

Benaim interviewed a wide range of witnesses to the invasion, including mothers who lost children, people who saw the streets filled with dead bodies and young students who have no idea the incident even occurred.

The director even interviewed Noriega — who did not want to appear on film — at the Panama jail where he is currently serving a life sentence.

IFF Panama, in its third year, has quickly become an important venue for Ibero-American cinema. Founded by filmmaker and festival director Pituka Ortega Heilbron and programmed by Diana Sanchez, who is responsible for TIFF’s Latin American lineup, this year’s festival presents over 70 films from 35 different countries, including Kenya, Saudi Arabia and Georgia. There are also free outdoor public screenings and workshops.

This year, during festival week, the Ibero-American Federation of Film and Audiovisual Producers, along with the Spain’s EGEDA, presented the first Platino Awards for excellence in Ibero-American cinema, with best film going to Spanish/Chilean critical and box-office smash, “Gloria.”

That these annual awards were premiered during IFF Panama shows how, in three years, this festival has managed to establish itself in the world of Spanish-speaking cinema. Hopefully, this means more attention will be paid to powerful films like “Invasion.”

Andréa R. Vaucher, a film critic and reporter for over two decades, writes about the arts, travel, style and spirituality for The New York Times, the LA Times, Tricycle, the Huffington Post and other international publications. She began her career as a film critic at LA Weekly, was a founding editor of Venice Magazine and, from 2001-2005, was Variety's European Correspondent based in Paris. She is the author of Muses from Chaos and Ash: AIDS, Artists and Art (Grove Press.)