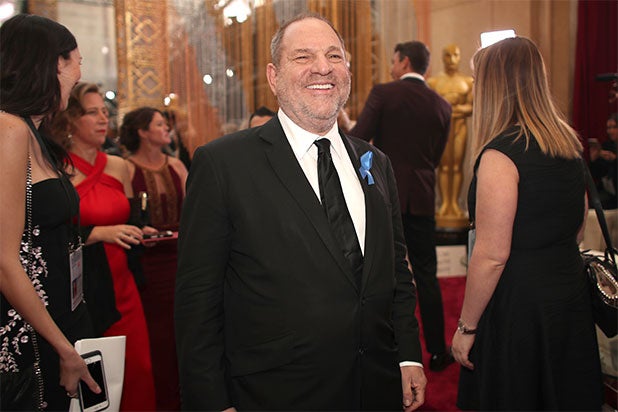 Hollywood titan Harvey Weinstein settled at least eight allegations of sexual harassment or misconduct spanning several decades, an investigation by the New York Times revealed on Thursday. The paper said Ashley Judd and Rose McGowan were among his targets.

Judd told the Times that Weinstein asked to massage her in a hotel room and pressured her to watch him shower during a meeting two decades ago.

She said she remembered thinking: “How do I get out of the room as fast as possible without alienating Harvey Weinstein?”

Judd previously described the incident to Variety in 2015, but did not name Weinstein at the time.

The report said the women generally received between $80,000 and $150,000 in payouts each to make accusations go away. Judd was not one of the women who received a settlement, but McGowan was.

In 1996, around the time of the meeting with Judd, Weinstein reached a previously undisclosed settlement with the actress, then 23, after an episode at the Sundance Film Festival in a hotel room, the Times said.

The $100,000 settlement was “not to be construed as an admission” by Weinstein, but was meant to “avoid litigation and buy peace,” according to a legal document reviewed by The Times.

Lisa Bloom, a lawyer advising Mr. Weinstein, told the Times in a statement that “he denies many of the accusations as patently false.”

In a statement Weinstein, emailed to The Wrap, the mogul expressed contrition for his actions and said he was just reflective of a different era.

“I came of age in the ’60s and ’70s, when all the rules about behavior and workplaces were different. That was the culture then,” said Weinstein. “I have since learned it’s not an excuse, in the office — or out of it. To anyone. I realized some time ago that I needed to be a better person and my interactions with the people I work with have changed. I appreciate the way I’ve behaved with colleagues in the past has caused a lot of pain, and I sincerely apologize for it.”

Weinstein announced that he would take a “leave of absence” from his company and seek professional help. He said Bloom was a “tutor” in this effort.

Weinstein and his brother Bob co-founded the indie film company Miramax in the late 1970s and grew into a powerhouse brand that made art-house films mainstream — and reshaped the Academy Awards race with aggressive marketing and buzz.

He is currently serving as producer on “The Current War,” which is viewed as a solid awards contender. In 1999, he won an Oscar for producing Best Picture winner “Shakespeare in Love” and was nominated for an Oscar in 2003 for Martin Scorsese’s “Gangs of New York.”